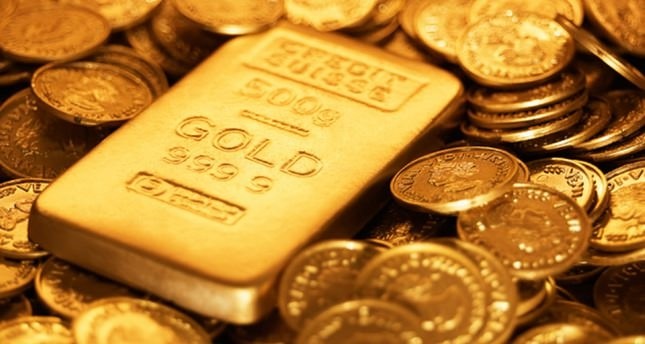 Gold touched an eight-week low on Tuesday as safe-haven demand continued to fade in the wake of Emmanuel Macron's victory in the French election and as expectations for tighter U.S. monetary policy lifted bond yields.

Rising stocks and higher bond yields raise the opportunity cost of holding non-yielding bullion, while a stronger dollar makes gold more expensive for holders of other currencies. The spot gold price was down at $1,213.75 an ounce at 2141 GMT+3, falling below its 100-day moving average.

"With one of the largest political risk events now cleared, some consolidation is warranted, albeit political uncertainty lingers in Italy and is likely to remain for some time," UBS analyst Joni Teves said.

"Further pressure cannot be ruled out for now but we expect bargain hunting to emerge and physical buying to strengthen should the market test $1,200, paving the way for a recovery."

Investors were looking ahead to U.S. interest rate rises that would pressure gold as they tend to push up bond yields and strengthen the dollar. The president of the Cleveland Federal Reserve said on Monday further increases were warranted, while the head of the St. Louis Fed said strong bond demand and sluggish workforce growth would limit rate rises.

U.S. bond yields hit a five-week high and the dollar strengthened as interest rate futures implied traders saw an 83 percent chance the Fed would raise rates by a quarter point at a meeting in June. That was up from 79 percent late on Friday, CME Group's FedWatch programme showed. "It will be a nervous month for the gold market heading into the next Fed meeting," said Danske Bank analyst Jens Pedersen.

"The market is to an increasing extent pricing in a June rate hike, pushing U.S. yields higher and the dollar higher. That is weighing on the gold price." In other precious metals, silver was down 0.7 percent at $16.13 an ounce. Platinum was 1.4 percent lower at $903.50 and palladium was down 1.3 percent at $796.50 an ounce.