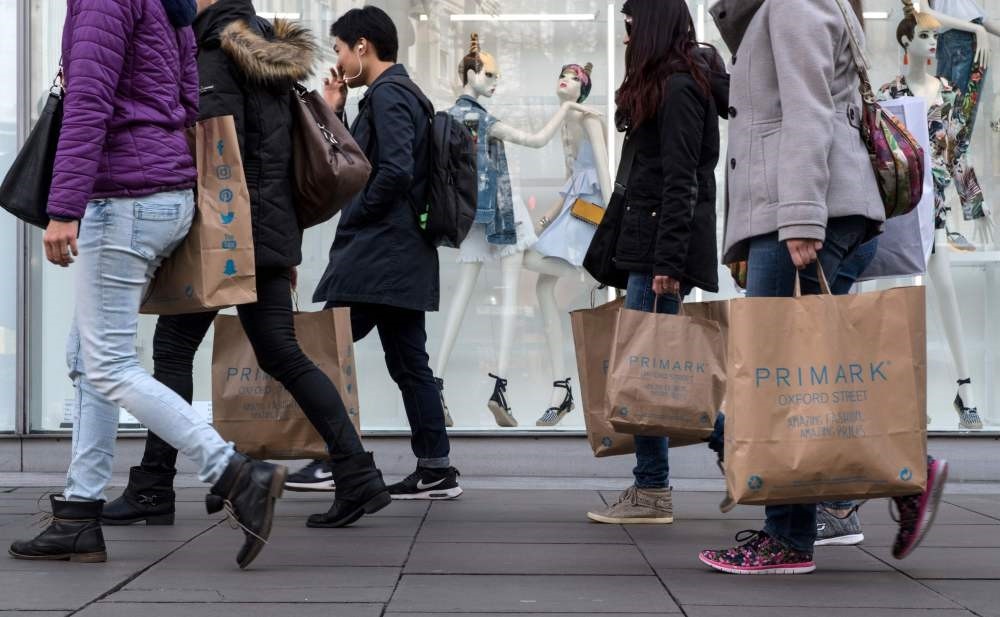 According to the report released by the European Commission on the economic outlook for 2017, the 19-country eurozone is expected to grow by 1.7 percent this year while inflation is forecast to hover around 1.6 percent, lower than the European Central Bank's 1.7 percent estimate

Eurozone economic growth should grow a bit faster this year than previously believed and the unemployment rate could be the lowest in a decade, the European Commission said yesterday.

It also predicted low inflation, a challenge for the European Central Bank whis is trying to boost it. The 19-country eurozone is expected to expand by 1.7 percent this year and 1.8 percent in 2018, the EU executive said, slightly raising its previous estimate for eurozone growth of 1.6 percent this year, while leaving unchanged the 2018 forecast.

The Commission's forecasts, published three times a year, predict all eurozone countries will grow this year and next, with Germany, the bloc's largest economy, accelerating to 1.9 percent in 2018, and Spain and Portugal expanding much more than previously expected.

"It is good news too that the high uncertainty that has characterised the past 12 months may be starting to ease," he said, noting that far-right nationalism "was defeated," a reference to far-right candidate Marine Le Pen's loss at last week's French presidential elections.

In a further sign of a healthier economy, eurozone unemployment is expected to go down to 9.4 percent this year from 10.0 percent in 2016, before falling further in 2018 to 8.9 percent, a bigger drop than previously estimated.

If confirmed, the 2018 figure would be the lowest since the beginning of 2009, although the rate of people without jobs will remain well above the average in Italy, Spain, Cyprus and Greece, where is projected at 21.6 percent in 2018. Inflation is forecast to slow to 1.3 percent next year from a downwardly revised 1.6 percent this year, the Commission said, predicting a lower inflation than European Central Bank's estimates of a 1.7 percent rate this year.

Risks for eurozone economic growth have decreased from previous forecasts but remain "elevated", the commission said.

Greece's growth was cut to 2.1 percent this year from the 2.7 percent forecast three months ago, because of uncertainty caused by delays in its bailout programme, Moscovici said.

GDP growth in Greece is also set to shrink to 2.5 percent from previously estimated 3.1 percent in 2018. Outside the eurozone, the Commission revised upward its forecast of Britain's growth to 1.8 percent this year, from a previously estimated 1.5 percent, and to 1.3 percent in 2018 from 1.2 percent, in a sign that the British economy will be hit less than expected by Britain's decision to leave the EU.

Britain's growth has however slowed down from 2.2 percent in 2015, and domestic demand is expected to weaken as inflation is projected to reach 2.6 percent this year and next, above Bank of England's target of 2 percent.

Brexit remains one of the main risks for the bloc's growth in the coming months, the Commission said. The state of public finances in eurozone countries is generally improving, as the Commission expects debts and deficits to go down as a proportion of the bloc's gross domestic product (GDP), but problems remain in some countries.

Italy's debt, the bloc's highest after Greece, is forecast to grow slightly this year to 133.1 percent of GDP from 132.6 percent last year before falling to 132.5 in 2018, the Commission said, reducing the size of the Italian debt from its previous forecast.

Italy remains however a potential source of risk, for its weak banks and high unemployment which fuels the rise of eurosceptic parties as elections approach. The country's growth is also forecast to be the weakest among all 28 EU countries this year and next.

France's growth is gaining speed but the country will have a deficit higher than previously predicted this year and in 2018, and above the threshold set by EU rules, the commission estimated, a possible reason of conflict with the new French President Emmanuel Macron. France's deficit will be 3 percent of GDP this year, from 2.9 percent previously forecast, and 3.2 percent in 2018 from the previous forecast of 3.1 percent. EU rules say countries should keep their deficits below 3 percent of GDP.

Germany's trade surplus, an indicator that has often caused conflicts with Brussels for being excessive, will slow to 8.0 percent of GDP this year from 8.5 percent in 2016, and is predicted to go further down to 7.6 percent next year.