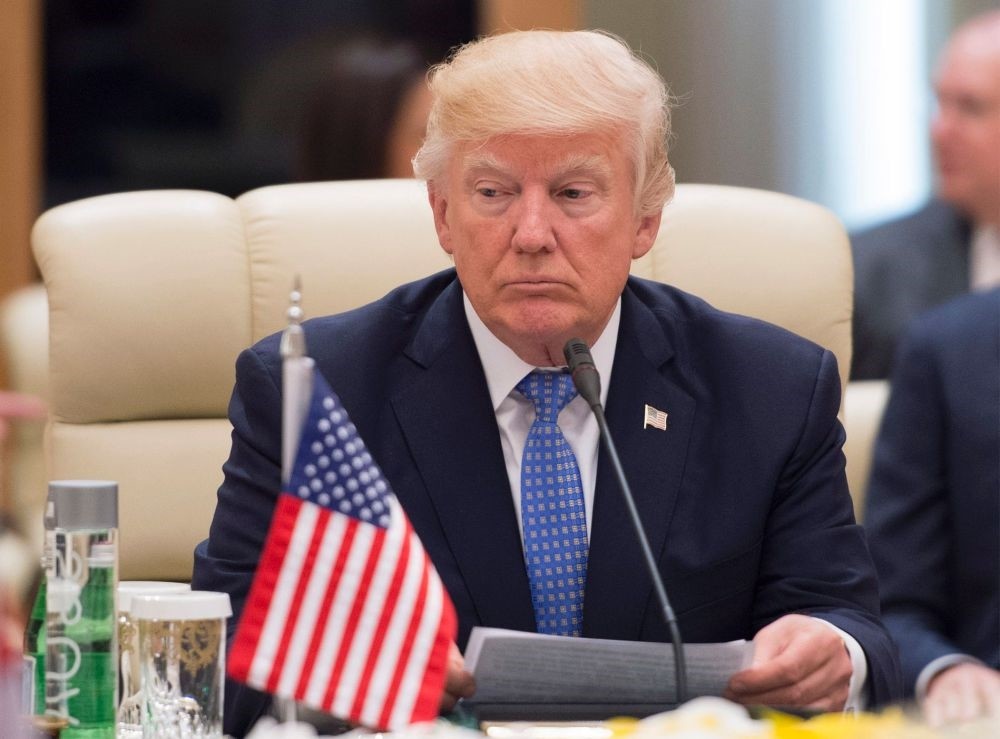 The matter with the Russian government is regarded as an obstacle in the way of Trump's economic policies.
by May 22, 2017 12:00 am

Amid tensions on the Capitol Hill because of matters with the Russian government, Trump's economic plans may likely be hampered as it widened the gap between Republicans and Democrats who will be decisive in enacting the president's economic policies

The repeated national security scandals rocking the Trump White House could derail the president's economic agenda and dampen the wave of investor enthusiasm that greeted his election, analysts say.

For the moment, the tremors are still slight and most economic data, job creation in particular, are healthy.

But some signs suggest the firestorm sparked by President Donald Trump's sudden firing of Federal Bureau of Investigation Director James Comey, or the cloak-and-dagger investigation into Russian interference in the 2016 elections, have left investors rattled.

On Wednesday - amid news reports suggesting Trump attempted to pressure Comey into dropping the Russia investigation - Wall Street had its worst day since before November's elections. By Friday, stocks had regained some lost territory, however.

Meanwhile, the Philadelphia Federal Reserve Bank on Thursday also reported a dip in optimism among manufacturers in May, which followed a decline in consumer confidence in April.

"Investors are certainly becoming more disenchanted with the idea that there will be this Trump rally, not only on the stock market but also in the economy," said Ken Goldstein of the Conference Board, which publishes the closely-watched monthly consumer sentiment survey.

Driven by the post-election euphoria, Wall Street's three major stock indices are up between 12 and 16 percent, with investors buoyed by hopes Trump will slash corporate taxes and regulations to boost growth.

"Can this trend be reversed because of the turmoil in Washington? Yes, it can but we just don't know yet," said Mickey Levy of Berenberg Capital Markets.

None of Trump's grand economic plans have been abandoned yet. But some investors may doubt that a president reeling from scandal has the bandwidth to push his agenda through Congress, even if his party currently controls both chambers of the legislature.

"Tax and fiscal reform initiatives may be delayed and some of President Trump's support for legislative proposals in Congress may be diluted," Levy said.

Businesses are counting on the promised Trump tax cuts which could reduce the marginal corporate rate to 15 percent from 35 percent - freeing up vast resources but also threatening to blow a hole in the federal budget.

The tax cuts are needed "as soon as possible," the Business Roundtable, an industry lobby, said Thursday.

"The United States cannot afford to squander this once-in-a-generation opportunity for reform."

But the situation on Capitol Hill is complicated, as multiple congressional committees investigate possible collusion between the Trump presidential campaign and the Russian government.

The matter has deepened the gulf separating the Republicans from the minority Democrats, whose support may be decisive in enacting any major economic policies.

"The challenges are twofold: quite a bit of time in Congress will be devoted to this investigation, which simply fills up the calendar," said John Hudak, a senior fellow at the Brookings Institution and an expert on presidential power.

And "there are not going to be many Democrats willing to do a favor for the president."

The legislative calendar is filling up: the Senate still needs to pass its version of legislation to replace the current health care law before turning to the budget and a promised infrastructure overhaul program.

The Conference Board's Goldstein said, "If they can't squeeze enough money out of the health bill, then it makes it harder to afford the tax cuts and to spend money on infrastructure."

Despite these obstacles, Treasury Secretary Steven Mnuchin said Thursday he remains "very hopeful" the new tax plan can be adopted this year.

The Trump administration can take comfort in the fact the unemployment rate has continued to fall, reaching its lowest point in 10 years in April, and consumer confidence remains high in historical terms.

"The average consumer doesn't pay too much attention to what's going on in Washington, unless there's more fire than smoke," Goldstein said.