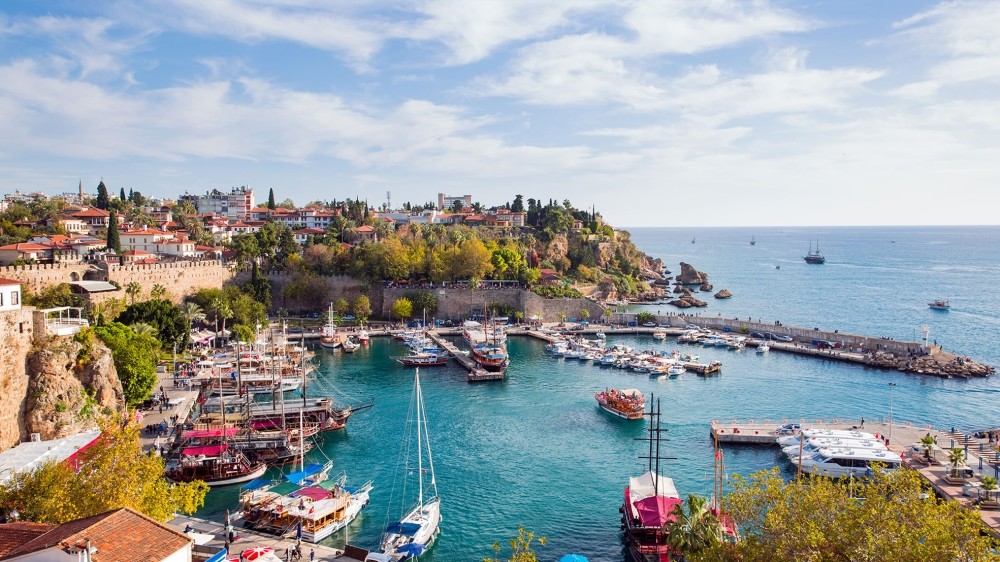 Antalya Governor Munir Karaloğlu hosted the Canadian Ambassador to Ankara Chris Cooter in the city and the ambassador underscored that Canada is looking for business partners in Antalya, as the country wants to improve its business ties in the region.

In a written statement released by the Antalya Governor's Office, Governor Karaloğlu said political relations between Canada and Turkey are in a good state and commercial relations were also on the rise.

"Antalya is a touristic city. Our most important sector is tourism. Canadians rarely come to Antalya. They need the sun here. We want to host more Canadians in Antalya," the governor said.

"Our tourism infrastructure and the services we offer to our guests are very good. We consider Mr. Ambassador as a volunteer for Antalya. He will contribute to the promotion of Antalya in Canada," he said.

The Canadian Ambassador stating that it was his first visit to Antalya said he wanted to visit Turkey's coastal areas during his first year.

"We are looking for partners both in Antalya and in this region to improve our investments and commercial relations. There is plenty of sun here and we do not have it, but we also have the technology. That is why we wanted to see Antalya in place," Cooter said.

"Unfortunately, we cannot send many tourists, but we want to increase our relations in tourism. This is a beautiful city that smells of history. I will also do my best for further promotion of Antalya in Canada," he said.

According to a recent Ministry of Economy report on Foreign Direct Investments in Turkey, Canadian investments in 2012 were recorded at $66 million. Investments figure this January was at $15 million and $12 million in March. Moreover, 375 Canadian companies were reported to be operating in Turkey since 1954.