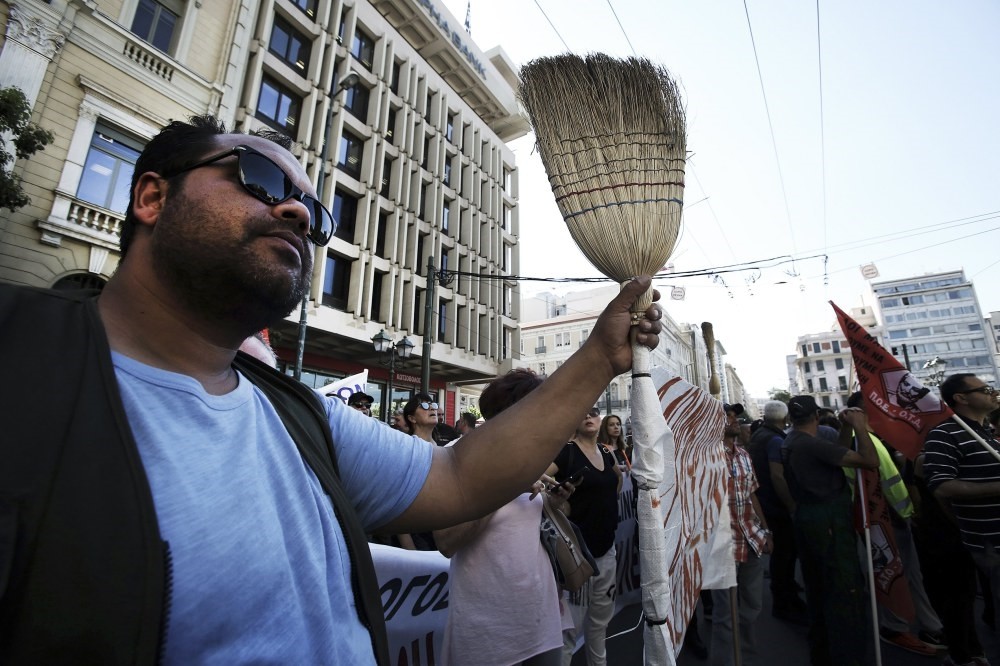 Municipal contract workers from all over Greece protest outside the Interior Ministry in Athens. The union of municipality workers launched a 48-hour strike to protest over changes affecting their contracts.
by May 24, 2017 12:00 am

The IMF Tuesday demanded more detailed commitments from the eurozone on debt relief for Greece before it could accept joining the country's latest bailout and end a year-long row with Europe. After more than eight hours of talks in Brussels overnight, eurozone finance ministers and the IMF failed to settle their deep differences on the thorny debt question.

The eurozone-IMF standoff is the final obstacle to unlocking a tranche of bailout funds that will let Greece repay 7 billion euros ($7.86 billion) of loans due in July. Hopes were high that the deadlock could be broken after Greek lawmakers last Thursday adopted a new round of additional, painful austerity measures. While hailing these reform efforts as "exactly what we have been looking for," Poul Thomsen, head the IMF's European Department, said the different sides still could not agree on debt relief.

"For us to go ahead, (the reform package) needs to be supplemented with a credible package on debt relief," Thomsen said.

"Here we are making progress, there are not doubts about that, but we are not quite there yet," he said.

The IMF is demanding that the eurozone provide a detailed commitment to debt relief that Greece will adopt at the end of its current bailout programme, expected at the end of 2018.

But Germany is wary because doing any favours for Athens is deemed a vote killer ahead of general elections in September. The talks will resume at the next meeting of eurozone finance ministers in June.