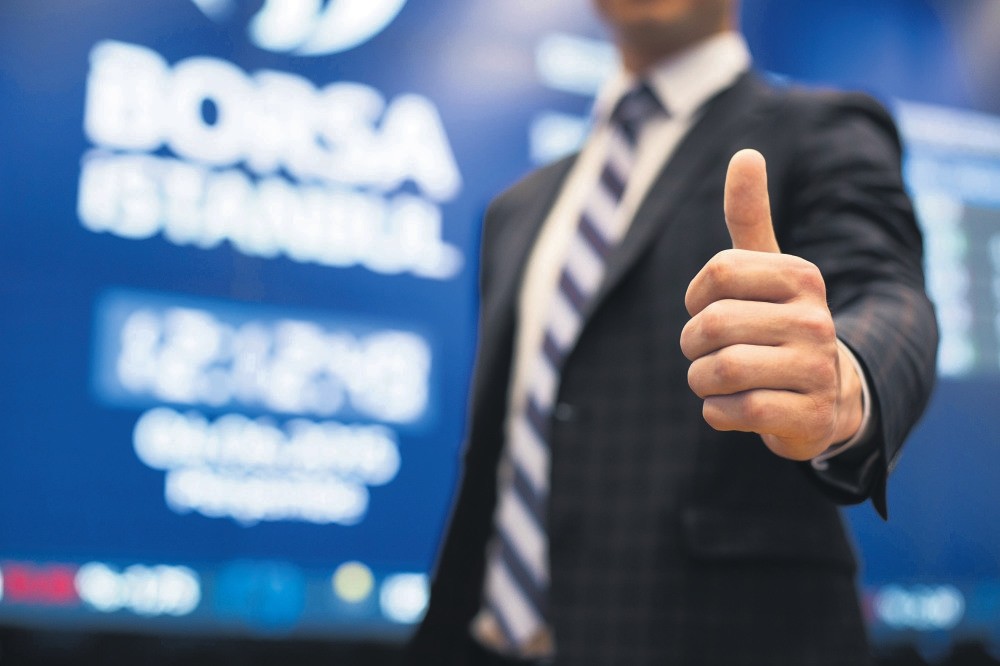 The stock market, which has maintained an upward trend that began in December 2016, has brought about 36 percent to investors since the beginning of the year.

The BIST 100 Index, which investors have often spoken of and created various scenarios about recently, continued its rise after reaching the 100,000 levels on June 13.

Analysts said that if the upward trend continues, the new target in the index would be above 110,000 points, noting that 100,000 and 99,000 levels are likely to be monitored as support levels in possible retreats.

Incentive packages yielded results on the growth side

Saxo Capital Strategy Expert Cüneyt Paksoy said that in dollar terms, the 25,000-27,000-28,000 levels, which were set as sequential targets after 20,000 (2 cents) was set as the support level parallel to the withdrawal in the dollar-lira parity, have been exceeded, recalling that they reached 30,000 points (3 cents) earlier this week.

Paksoy said that the fact that the policy measures implemented by the Central Bank of the Republic of Turkey (CBRT) resulted in financial stability on the exchange rate and interest side has caused significant reductions in risk premiums, adding that the government's determination regarding the results of simultaneous structural reforms and incentive packages on the growth side were effective on the said increases in the BIST 100.

Paksoy pointed out that Turkey, which has gone through an important phase in the name of political stability anchor since the referendum, has been relatively inexpensive and has started rewriting its story, one of the key criteria in the rapid rise of the BIST 100.

Noting that the withdrawal of the dollar index and the fact that emerging economies continue to gain maneuverability and space - despite the U.S. Federal Reserve (Fed) and other risk factors - as well as the positive outlook on the presence of global stock markets led by the U.S. stock market, are external factors that support this movement. Paksoy said that in addition to the political and geopolitical news flow emerging within, other important data, such as growth, inflation rates and the current account deficit, will continue to be monitored as all eyes will be predominantly following the CBRT's steps.

"In addition, the reform determination of the economic administration that includes ongoing discussion regarding cabinet revision and geopolitical balances emerging beyond the borders, will be followed carefully.

The effects of these developments on the exchange rate and interest will, naturally, have an impact on the BIST 100," he said.

Paksoy said that movements in international markets should be carefully monitored, adding that movements in the global bond market, which are not reflected in the stock market for the time being, the possibility of higher interest rates based on the Fed and the European Central Bank (ECB) as well as other major central banks and their effects should be carefully followed.

Stating that the course of U.S. stock markets, which still remain at record levels, should be watched as carefully in the context of U.S. 10-year yields and the dollar index, Paksoy said that geopolitical risk headings and predominantly Middle Eastern and Asian-based events are important.

Evaluating the BIST 100 index in technical terms, Paksoy said that if the dollar-based index, which reached the 30,000 (3-cent) target, passes this level permanently and sets it as a support level, the dollar-based 31,000-32,000 range could be the first significant potential target, stressing that this could mean a new upward trend in lira terms. "If the Turkish lira-based 105,000-107,000 range is exceeded and this area can serve as a support level, the targets will be between the 108,500 and 110,000," he said, adding that 113,000 and 115,000, which is the resistance and the target area, will be potential area.

Paksoy stressed that if there are permanent transitions below 100,000, the upward movement will be seriously questioned, ultimately meaning that in this case the 99,000-to-97,000 levels should be followed as support.

Gedik Investment Research Manager Üzeyir Doğan also noted that Borsa Istanbul negatively diverged from its precedents with the impact of foreign and regional geopolitical developments in 2015 and 2016.

Stating that this negative divergence can also be regarded as an accumulation of future potential, Doğan said that the fact that political uncertainties have begun to decline while foreign markets maintained their positive trend over the end of the previous year have laid the groundwork for the rise in the BIST 100.

Doğan emphasized that it is possible to say that the rising trend, which helped achieve record levels on the BIST 100, is a common result of domestic and foreign developments.

Indicating that expectations regarding growth, which have maintained relatively high trends due to macroeconomic measures taken this year, as well as a permanent decline in inflation to single digits in the last month of the year and the decline in CDS premiums, have created a positive outlook for capital markets, Doğan pointed out that this macroeconomic outlook will prevent the positive trend in domestic capital markets from permanently turning negative.