Eurozone business growth slows at start of second half 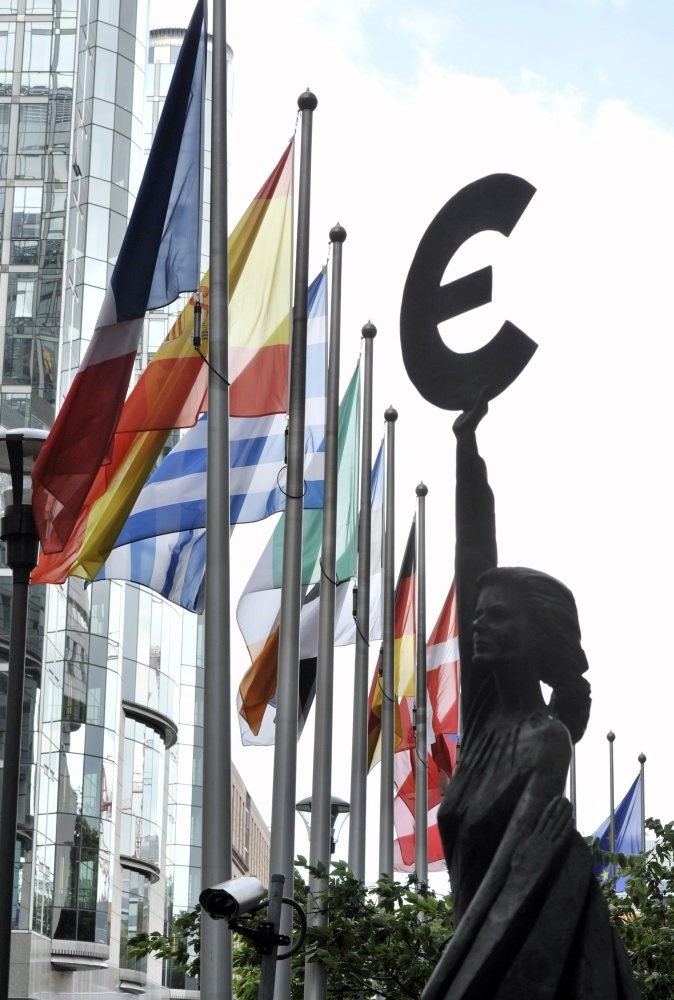 A slowdown in euro zone business growth at the start of the second half of 2017, alongside declining inflation pressures in a key business survey, could put paid to expectations of a stimulus clawback by the European Central Bank later this year.

Years of ultra-easy policy have bolstered still-solid growth, but inflation is nowhere near the European Central Bank's 2 percent target ceiling and even shallower price rises this month will provide disappointing reading for policymakers.Germany and France, the two largest economies in the club, missed expectations, suggesting an even more robust pace of business activity in many of the bloc's other members.

IHS Markit's Euro Zone Flash Composite Purchasing Managers' Index for July, seen as a good guide to economic growth, fell to 55.8 from June's 56.3, still comfortably above the 50 level that separates growth from contraction.

That was below median expectation in a Reuters poll for a modest dip to 56.2.

"July's fall in the euro zone Composite PMI suggests that the economy may have slowed a touch at the start of Q3, but probably maintained a decent pace," said Jack Allen at Capital Economics.

However, IHS Markit said the euro zone PMI, if maintained, pointed to third quarter GDP growth of 0.6 percent, better than the 0.4 percent predicted in a Reuters poll earlier this month. Growth in the last quarter was forecast at 0.5 percent.

Germany's private sector grew at a slower pace, with the weaker activity due to factory closures for summer holidays following a sustained period of strong growth. French business activity slowed more than expected to a six-month low, though manufacturing sped up.

"Confidence weakened in Germany and France, but we expect some improvement in peripheries - Italy, Spain, Ireland - driven by a rebound in services," said Apolline Menut at Barclays.

The euro hit a 23-month high on Monday against an ailing dollar, although the weaker-than-expected German business activity took some shine off. A stronger currency makes the region's exports less attractive.

Earlier on Monday, the International Monetary Fund published an upgraded forecast for the bloc, saying growth in the euro zone was now expected to be slightly stronger in 2018 and pointed to "solid momentum".

However, the output prices index fell for a second month, dipping to 51.7 from 51.8. its lowest since January. Inflation was just 1.3 percent in June, official data showed earlier this month.

"With the euro zone economy growing at a very decent cruising speed, the lack of selling price growth indicated in the survey seems most worrying for the ECB," said Bert Colijn at ING.

ECB policymakers see October as the most likely date to decide whether to ease, four sources with direct knowledge of discussions said on Friday, a day after the bank left policy unchanged and did not even discuss easing stimulus.

Activity at firms in the bloc's dominant service industry maintained June's pace, with their PMI holding steady at 55.4. A Reuters poll had predicted a small uptick to 55.5.

New business also remained strong, albeit a little weaker than in June. That sub-index dipped to 54.9 from 55.1.

However, suggesting factories should remain busy, they built up a substantial backlog of work. The sub-index held at June's 56.1, which was the highest in over seven years.