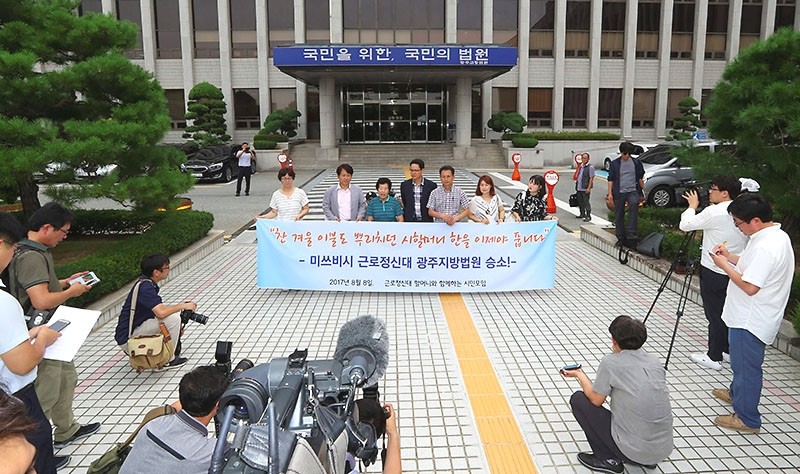 The district court in the southern city of Gwangju ruled Mitsubishi Heavy Industries should pay 120 million won ($106,700) in compensation to Kim Young-Ok, 85, and 3.25 million won to a relative of late victim Choe Jeong-Rye, activists said.

It is the second such ruling in four years.

The Korean peninsula was under Japanese colonial rule from 1910-45, when Koreans were banned from using their own language at schools and forced to adopt Japanese names.

Issues of history still divide the neighbors, which are both US allies, and complicate their relationship even as they both face threats from nuclear-armed North Korea.

"We welcome this ruling. This is another court victory for the victims and their relatives," Lee Kuk-Un, who leads a group of activists working for former slave workers told AFP.

The victims, both in their teens, worked without pay at a Mitsubishi aircraft manufacturing plant in Nagoya in 1944 after being falsely promised they would be able to make money and study in Japan.

It is one of 14 cases involving more than 1,000 South Korean victims that have been filed against Mitsubishi and several other Japanese firms seeking compensation for wartime slave labor.

The first such ruling came in 2013, when the Gwangju district court ruled in favor of five victims, ordering Mitsubishi to pay each of them amounts ranging up to 150 million won.

An appeals court upheld the verdict but Mitsubishi has since taken the case to South Korea's Supreme Court, which has yet to rule on it.