Economic consequences of visa dispute with US to be ephemeral, mild, analysts say 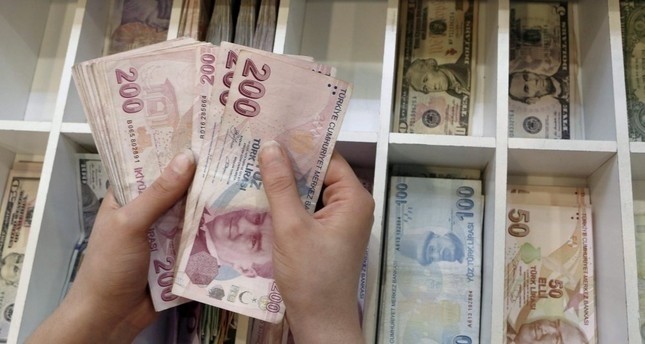 The U.S. dollar rose to 3.72 against the Turkish lira yesterday, shortly after the suspension of nonimmigrant visa applications for Turkish citizens by the U.S.
by Daily Sabah with AA Oct 10, 2017 12:00 am

The visa dispute between Turkey and the U.S. that broke out due to the arrest of a U.S. Consulate employee over alleged FETÖ links are not deemed to yield significant economic impacts and the dollar spike is considered temporary, as markets react very quickly to the political crises

After the mutual suspension of visa procedures by Turkey and the U.S. following the arrest of a U.S. employee because of his alleged affiliation with the Gülenist Terror Group (FETÖ), markets and the business world started to discuss possible economic consequences. The business world thinks that the economic impact of this diplomatic row would be temporary and minimal, as markets slow down after a quick reaction.

According to the information obtained from the Turkish Statistical Institute (TurkStat), Turkey's exports to the U.S. have recorded a 33 percent increase during the first eight months of the year and stood at $5.7 billion. The country's imports from the U.S., however, have remained stable and were recorded at $7.9 billion.

Because of the financial meltdown in 2008, the bilateral trade volume fell below $12 billion and then gained momentum in 2011, reaching $20.6 billion.

Last year, the bilateral trade volume again fell to $17.5 billion and the share of exports to the U.S. was 4.6 percent, while imports from the U.S. accounted for 5.5 percent of Turkey's total imports.

Following the breakout of the recent visa dispute, Turkish businesspeople expressed hope for a settlement of the issue with common sense in a way that would yield the least harm for both sides.

Turkey-U.S. Business Council Foreign Economic Relations Board (DEİK) Chairman Kamil Ekim Alptekin told Anadolu Agency (AA) that both countries are politically interdependent and the problems should be resolved in a way that will not impact the business environment.

Kibar Holding Chairman Ali Kibar drew attention to the fact that many U.S.-based companies run very lucrative businesses in Turkey and Turkish business people also have investments in the U.S. In that regard, the business world, he said, expects the sound management of the current situation and it must be dealt with common sense. "Markets quickly react with panic, but the momentary and ephemeral reaction does not last long. After a while, the markets will also calm down once the details of the situations are undisclosed," Kibar said.

Analysts also consider that the quick rise in the dollar against the Turkish lira is circumstantial and the markets will soothe soon, therefore they emphasize that the economic impact and the depreciation of the lira is ephemeral.