Germany steps up pressure to cut international funding to Turkey 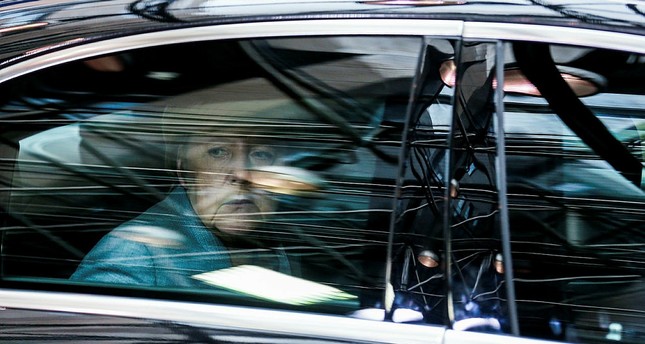 The German government stepped up its pressure on banks and international development institutions to cut funding to Turkey, sending the lira to a new low, Bloomberg reported Wednesday, citing "people familiar with the matter."

According to the report, more than a dozen government and banking officials confirmed Germany's effort to cut funding to Turkey from the state-owned KfW bank as well as the European Investment Bank and the European Bank for Reconstruction and Development.

While none of the banks or institutions imposed a formal freeze on funding, they did impose tighter restrictions. The EIB has put its Turkey projects on hold while KfW tightened funding procedures, requiring approvals coming directly from Berlin.

Meanwhile, the U.S. dollar rose to 3.80 against the Turkish lira Wednesday amid a recent row between Turkey and U.S. over a suspension of non-immigrant visa applications by both countries. The lira also lost ground against the euro, sliding to 4.50.

Turkey is expected to receive €4,453 million from the EU as pre-accession funds in the 2014-2020 period. The funds are directed to various sectors according to priority and is used to finance projects. European leaders demanded a reduction in funding and suggested that the greater part of the funds should be given to NGOs.

Turkey's EU accession talks have reached an impasse as relations with some European countries, especially Germany, have deteriorated. While questions loom over the future of Turkey's EU bid, Ankara posed a firm stance in relation to the issue stressing that it will not be the quitter in the process.

Relations have been strained between Ankara and Berlin due to a range of issues. Turkey has been criticizing Germany for condoning PKK activities and harboring terrorists who partook in last year's failed coup attempt, while Germany criticizes Turkey on issues of press freedom and human rights. Ankara has voiced dismay regarding what officials say is the negative attitude toward it.

The already-strained relations between the two countries sank even deeper during the run-up to Germany's elections. Ankara repeatedly warned Berlin about using anti-Turkey rhetoric in their internal policies and said relations should not be sacrificed for the purposes of short-term objectives.

Share on Facebook Share on Twitter
Previous in Economy Turkey has the world's highest yields of cotton fiber acquired from... Next in Economy Greater cooperation between the EU and Turkey in renewable energy...
DAILY SABAH RECOMMENDS