US dollar hits 3.86 against Turkish lira after US non-farm payrolls data 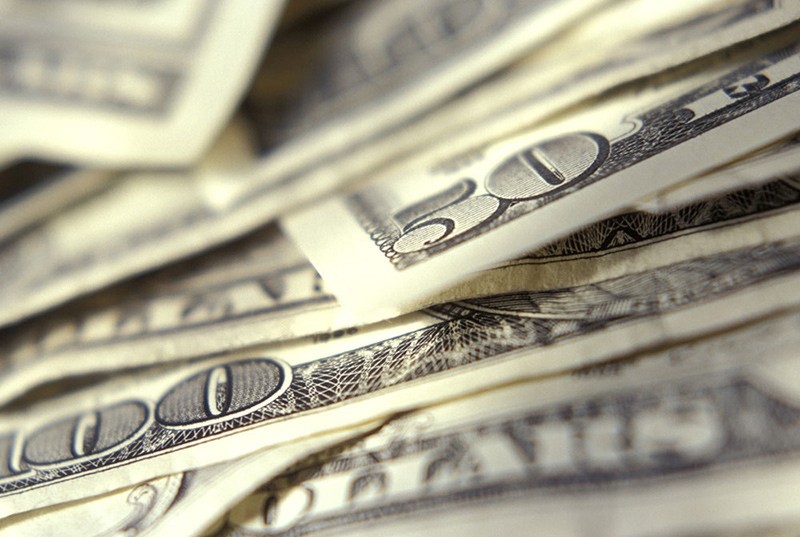 The U.S. dollar hit 3.86 against the Turkish lira, after the release of U.S. non-farm payrolls data Friday.

The dollar had dropped below the 3.80 level after Trump nominated Jerome H. Powell as the next chair of the Federal Reserve Thursday evening.

The dollar continued to hover above 3.86 despite statistics that fell short of expectations; the U.S. trade deficit widened to $43.5 billion despite strongest exports in 3 years, whereas the economy added 261,000 jobs in October — 50,000 below economists' predictions. Average hourly earnings also remained unchanged.

However, U.S. employers managed to bounce-back from the hurricanes that slammed the southeast in September, as the unemployment rate fell to to 4.1 percent in October, the lowest the U.S. economy has seen since December 2000, the Labor Department reported Friday.

With a 261,000 increase to the non-farm payrolls, the result still showed U.S. labor markets in good health, easily bouncing back from Hurricanes Harvey and Irma that idled the U.S. energy hub in southeast Texas and forced millions of Floridians to flee their homes.

The data for September also turned out not be as bad as initially reported, with 18,000 new jobs created, rather than a loss of 33,000 positions, the first contraction in nearly seven years.

The falling unemployment rate was likely to sharpen debate among Federal Reserve policymakers, who appear likely to raise the benchmark U.S. interest rate next month despite doggedly low inflation which a vocal minority argues should keep the Fed on hold.

The U.S. trade deficit also widened slightly more than expected in September as rising exports of goods and services were offset by a jump in imports.

The Commerce Department said the trade gap increased 1.7 percent to $43.5 billion. August's trade deficit was revised up to $42.8 billion from the previously reported $42.4 billion.

The department said while it could not isolate the impact of hurricanes Harvey, Irma and Maria on the trade data, the effects were "embedded in source data."

There were increases in exports of industrial supplies and materials. Exports of consumer goods, however, declined. Exports to China fell 1.1 percent.

Imports of goods from China slipped 0.8 percent. As a result, the politically sensitive U.S.-China trade deficit fell 0.7 percent to $34.6 billion in September.