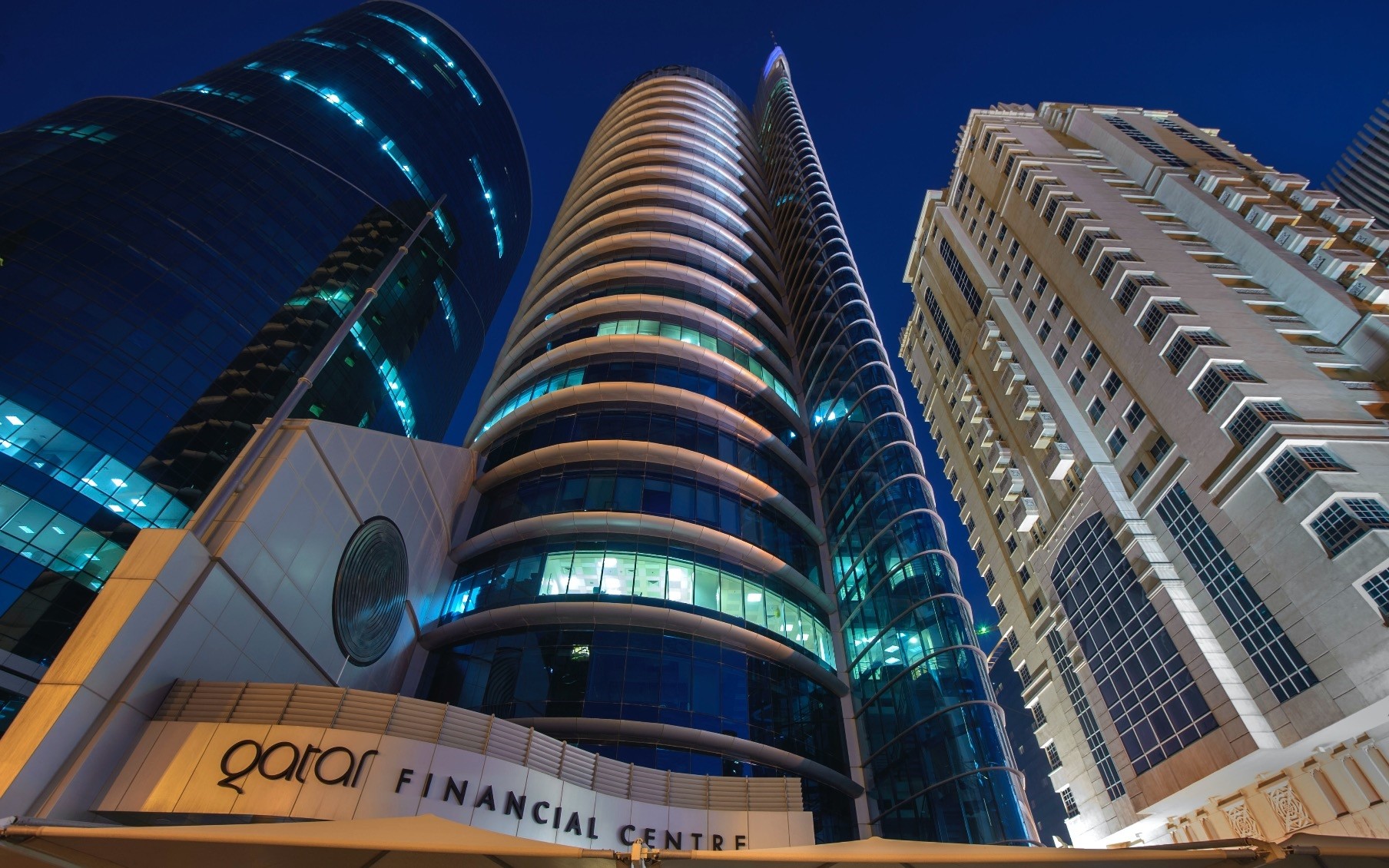 Since a diplomatic row broke out among Gulf countries, which led to an expansive blockade on Qatar, Ankara has taken a mediating role in the region to soothe the crisis, which Qatari business circles saw as preventing further escalation

The decades-long tension between Qatar and other Gulf countries, particularly Saudi Arabia and the United Arab Emirates (UAE), has resulted in the outbreak of yet another diplomatic row in the region. What is now described as the Gulf crisis, is not only limited to the severing of diplomatic ties, but also an economic blockade and the cancellation of direct flights to Qatar's capital, Doha. Since the emergence of the rift, Turkey's open and immediate support and deployment of Turkish troops to deter any military escalation against Qatar and the food supply, prevented further repercussions the country might have encountered.

In an exclusive interview with Daily Sabah, Yousuf Mohamed al-Jaida, chief executive of the Qatar Financial Center (QFC) said Turkey's support to Qatar since the beginning of crisis has been amazing and the attitude of the leadership to the situation put the nature of the event into the perspective of other countries as well.

The diplomatic rift in the Gulf broke out on June 5 with a series of statements released by the countries in the region, led by Saudi Arabia. It targeted the imposition of a political and economic blockade on the world's wealthiest country, Qatar, a gas-rich emirate with approximately $129,000 per capita income. The June crisis, which has stubbornly lasted up to now, was not the first but Qatar can only sit and hope it was the last. Yet, this was different. This time it was more than the withdrawal of ambassadors as in the eight-month-long crisis in 2014 or as was seen in another Qatar-Saudi dispute between 2002 and 2008.

The row that began in the summer expanded into an economic blockade by cutting the supply of food to the country and halting direct flights from Gulf countries complicit in the crisis to Doha, the Qatari capital. Considering the magnitude of the situation, the QFC CEO identified the current crisis as more expansive in nature.

"The access from the region has been blocked, it is an entire blockade. This one, from my perspective, will take twice as long compared to the 2014 crisis, so we are looking at a year and a half, but this is a speculation," he said.

In contrast to lack of concrete support and action from the global diplomatic platform, particularly referring to the complicated statements from the U.S., Jaida said, "I think the support from Turkey has been amazing. If it wasn't for Turkey's position, I think it would have been a lot worse. The words of the leadership actually put things into a lot of perspective for the other countries."

"Turkish troops on the ground were a shield against any military escalation. If it wasn't for Turkey, a military intervention would have happened within the first 48 hours," he said, highlighting the importance of Turkey's military presence in the country.

On June 7, immediately within 48 hours of the emergence of the crisis, Turkish Parliament approved a bill supporting the deployment of Turkish troops in Doha.

There was already more than 50 Turkish military personnel stationed in Qatar and within one and half months' time, that number was raised to 1,000.

Apart from its diplomatically damaging aspect, the Gulf row has led to talks for the emergence of new alliances in the region as the countries became concerned that they might share a similar fate like Qatar's, Jaida said.

The QFC CEO pointed out that the politically unfavorable dimension of the blockade on Qatar has indeed acted as a catalyst for change in the country.

"From an economic point of view, it was the biggest catalyst in the country at the moment, which will probably bring forward a lot of reforms in the country," he said, adding that Qatar saw two massive reforms within the first two months of the crisis.

"Qatar never had visa-free access for 80 countries in its entire history. If it was not for the crisis, it would have never happened. The second reform was that the country has announced the permanent presidency, which was also unprecedented in the entire Gulf Cooperation Council countries," he continued.

The crisis has also urged Qatar to expedite the free zone to thwart the negative impacts of the withdrawal of investors from the region due to the blockade and to institute the region's status as a safe haven for investments.

He also noted that many businesses in the region which also covered Qatar but was based elsewhere had to set up offices in the country in order to serve their clients there due to the inconveniences that came out as a result of the blockade. This immigration of companies in effect has contributed to foreign investments in the country, as the CEO put it "more companies, more investments."

In reference to these reforms, he said, "Eventually, in the long-term, the benefits will outperform the negative effects because of the reforms and the new measures.

Focusing on the negative effects of the blockade, Jaida said, "Companies from the UAE and Saudi Arabia that used to do business in Qatar or export to the country, were hit hard as a result of the crisis."

When asked about what kind of economic and financial transformations and reforms may further take place in the country, he said Qatar has opened up entirely to foreign direct investments and foreign investors, adding that more money was coming to the country without barriers or obstacles.

He also indicated that the country was also discussing the possibilities of abolishing the local sponsorship system for investors, who currently need a local sponsor to carry out businesses in Qatar. 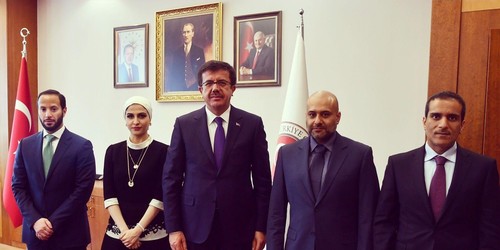 Turkey and Qatar share a strong economic relationship as businessmen from both countries look to increase mutual investments in sectors like logistics, construction, entertainment, media, retail, finance, and energy. According to the Ministry of Economy, Qatari investments in Turkey hit $1.5 billion in August 2017.

Citing these examples, Qatar Chamber of Commerce (QFC) CEO Yousuf al-Jaida identified Turkey as one of the most preferred destinations for Qatari investors because the Turkish economy offers a wide range of investment opportunities in several promising sectors.

Meanwhile, bilateral trade between Turkey and Qatar has reached $710 million. In the aftermath of the blockade, Turkish exports to Qatar hit $165 million between June and September, a remarkable 84 percent increase compared to the same period of last year. According to the Turkish Exporters Assembly (TİM), Turkey sent $65 million in exports to Qatar in August alone, 75 percent more than the same month of the previous year.

In addition to Qatari investments in Turkey, Turkish companies are also actively operating in the Gulf nation, particularly in the construction sector ahead of the 2022 World Cup to be held in the country.

"Qatar and Turkey have very close bilateral trade and strategic relations, which in recent months have become even stronger," QFC CEO al-Jaida said.

According to QFC, there are around 205 Turkish companies currently operating in Qatar, out of which 186 are joint ventures between Turkish and Qatari businessmen. These joint ventures together have a capital of approximately $11 million and mostly specialize in infrastructure, construction, contracting, engineering, consultants, and trade and electric works. One of these joint ventures, Tekfen is the largest contracting firm in the country, taking on their first project in Qatar back in 2005. The company has so far completed seven projects worth $2.4 billion.

Kuzu Group, one of the real estate companies participating in the fair, is also undertaking large projects in Qatar. Furthermore, TAV İnşaat, Turkey's leading airport construction firm, was in charge of building the main terminal of Doha's Hamad International Airport that started operations in 2014. The project was completed with a total investment of $4 billion.

"Turkish companies are currently handling projects worth over $11.6 billion in Qatar. Most of these projects are related to the 2022 FIFA World Cup. In addition, Qatar is poised to invest almost $19 billion in Turkey in 2018," al-Jaida claimed, adding that Qatar is one of the most competitive countries in the Gulf region for Turkey, and the business environment in the country offers countless rewarding opportunities for investors looking to expand.

Elaborating on the opportunities QFC offers for Turkish businesspeople, al-Jaida highlighted that the institution, which was established in 2005, operates under the English common law and in order to do business within the body of the QFC, firms are not required to go into joint venture with local partners.

QFC is a government-backed platform that looks to attract more foreign direct investment (FDI) to the country. In a bid to diversify Qatar's hydrocarbon-intense economy, QFC operates as an integral part of the government's strategy to expand business activities.

In his first business trip to Turkey, al-Jaida met a number of politicians, businesspeople, and government officials, who all gave very positive feedback. In light of the positive bilateral investment ties, al-Jaida said the QFC expects to welcome a host of Turkish businesses to its platform in the near future.

"Our meetings with Turkish investors and government officials were very positive and gave us the chance to discuss our diversification ambitions and how we can further improve bilateral trade relations between Qatar and Turkey," he said.

"We met with a number of Turkish investors and businesses as well as government officials including Deputy Prime Minister Mehmet Şimşek and Economy Minister Nihat Zeybekci."

He said the discussions with ministers and business circles covered Qatar and Turkey's economic and business interests, which continue to grow stronger as both regions benefit from each another.

The QFC currently hosts over 420 firms across a variety of financial and nonfinancial sectors. Sixty percent of these companies are financial firms while 40 percent operate in the professional services sector, al-Jaida said.

Some of the benefits it offers to companies include 100 percent foreign ownership, full repatriation of profits, trading in any currency, quick and easy setup, one-stop-shop for businesses including help with setup, immigration, visas and others, access to an independent and transparent legal environment based on English common law, an independent Employment Standards Office, access to Qatar's business community, and exemption of taxes when applicable or a competitive 10 percent tax on locally sourced profits.