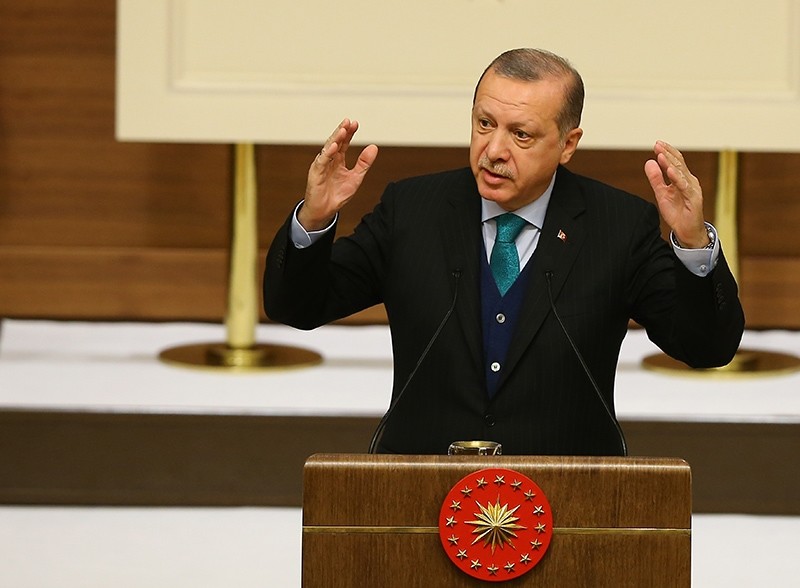 President Recep Tayyip Erdoğan said Tuesday that Turkey's economy will grow around 7.5 percent in 2017, following a vigorous 11.1 percent surge in GDP in the third quarter.

"You have seen the growth rates. Since the crisis was tangent to our country, we recovered quickly. The third quarter was very important," Erdoğan said.

Speaking at an event in Ankara, the president also spoke out against high interest rates.

Erdoğan emphasized that the destructive impacts of the 2008 global financial crisis still continued but Turkey secured a quick recovery from that crisis and the record high growth of 11.1 percent in the third quarter proves Turkey's recovery.

The president's remarks came a day after the Turkish Statistical Institute (TurkStat) reported that Turkey was the fastest-growing G20 economy after clocking in an 11.1 percent growth rate in the third quarter of 2017.

China came in second with 6.8 percent and India was third with 6.3 percent among all G20 countries.

The Credit Guarantee Fund (CGF) have provided TL 220 billion ($57.48 billion) in support for 350,000 firms by the end of September to facilitate the work of entrepreneurs, the president said. He added that by the end of November, Turkish exports exceeded $143 billion, and a new export record will be probably broken by the end of the year.

The president also claimed that the soar in exports largely resulted from the increase in gold and oil prices.

"Turkey has been able to compensate the relative decrease in the foreign direct investments with the rise in the tourism," he underscored, saying that the tourism revenues from the Russian market reached $4.5 billion, which previously hit as low as TL 800 million.

"I believe that 2018 will see great economic initiatives and accomplishments," Erdoğan added as he expressed his hope for next year's projections.
In his speech, the president also highlighted that in the last 15 years, with the understanding to serve the country, the nation, and humanity, they have provided support to put forward projects that will carry Turkey forward in all areas of science.

He added that the government and all state bodies have realized revolutionary reforms in every field, especially in physical and engineering sciences and the defense industry.

Stressing that the scientists and politicians must join forces, Erdoğan said the administration has paved the way for developments that will place Turkey ahead of even Western countries in health sciences.