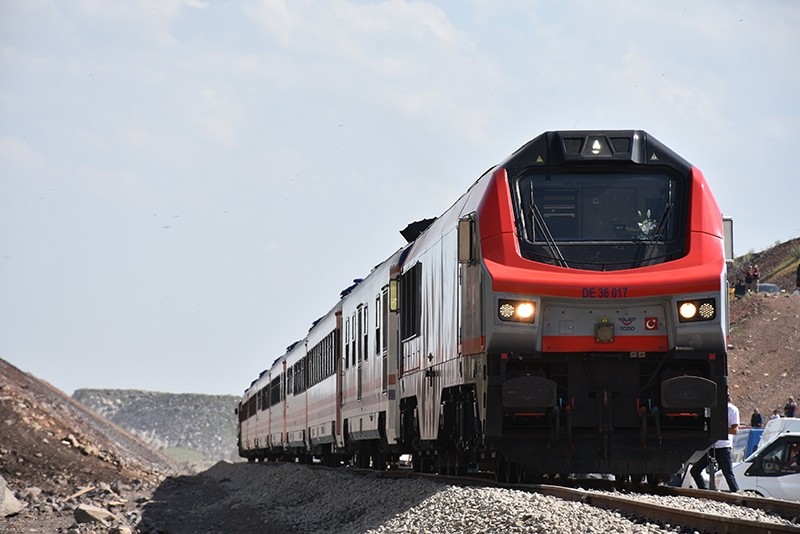 African countries could boost trade through cooperative train line like the one built by Turkey, Azerbaijan and Georgia, a Turkish official said Monday.

Niyazi Evren Akyol, Head of Department at the Directorate General for Energy and Multilateral Transport, Turkish Ministry of Foreign Affairs, told a seminar in South Africa's capital Pretoria that African countries' trade among themselves is below potential due to difficulty in transport connectivity.

"In the past 20 years, trade between Africa and the rest of the world quadrupled, but trade among African countries is low,'' he said, adding "intra-Africa trade is just 18 percent."

"There is a need for Africa to build the missing link," he said at the seminar discussing the Baku-Tbilisi-Kars railway (BTK) project.

The railway line has the ability to transport 1 million passengers and 5 million tons of cargo.

Akyol blamed colonialism for the lack of rail connectivity among African countries, saying during the colonial period, railway lines were built for the purpose of transporting extracted raw materials.

He encouraged African leaders to unite and speak in a single voice while seeking funds for a similar project.

Diplomats from Turkey, Azerbaijan and Georgia accredited to South Africa lauded their countries' project, saying it will help strengthen regional cooperation and trade and promote peace and security.

"We believe the BTK will open new opportunities. Georgia is open for continued cooperation with its neighbors," said Beka Dvali, Georgia's ambassador to South Africa.