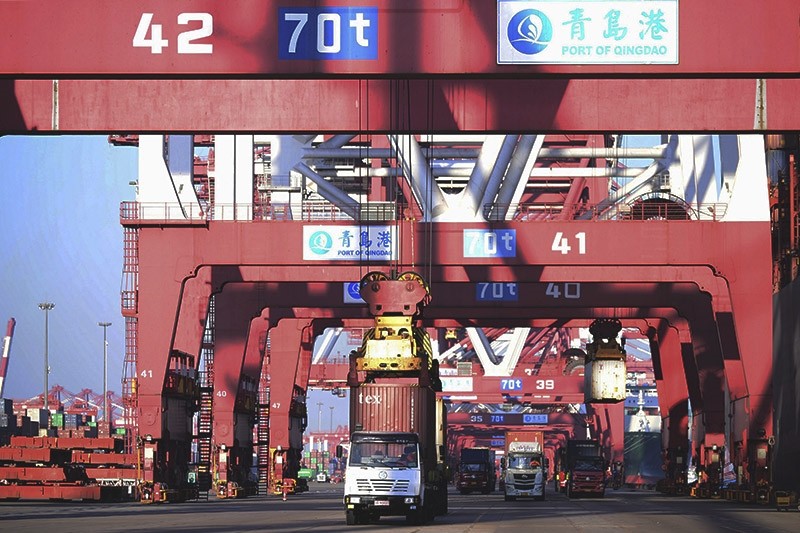 Trucks move shipping containers at a port in Qingdao in eastern China's Shandong province. (Chinatopix Photo via AP)
by Feb 08, 2018 12:00 am

That left the country with a trade surplus of $20.34 billion for the month, the lowest since a rare deficit in February last year.

Analysts polled by Reuters had expected January shipments from the world's largest exporter to have risen 9.6 percent, slightly slower than the 10.9 percent increase in the previous month.

Import growth had been expected to rebound to 9.8 percent, after a sharp deceleration to 4.5 percent in December. The trade surplus had been tipped at $54.1 billion last month from December's $54.69 billion.

China's trade performance rebounded in 2017 thanks to strong demand at home and abroad. However, expectations of growing trade disputes with the United States are clouding the outlook for exports this year, while a cooling property market may curb domestic demand for imported raw materials such as iron ore.