France, Germany, Britain say EU 'must be ready to react' to US trade tariffs 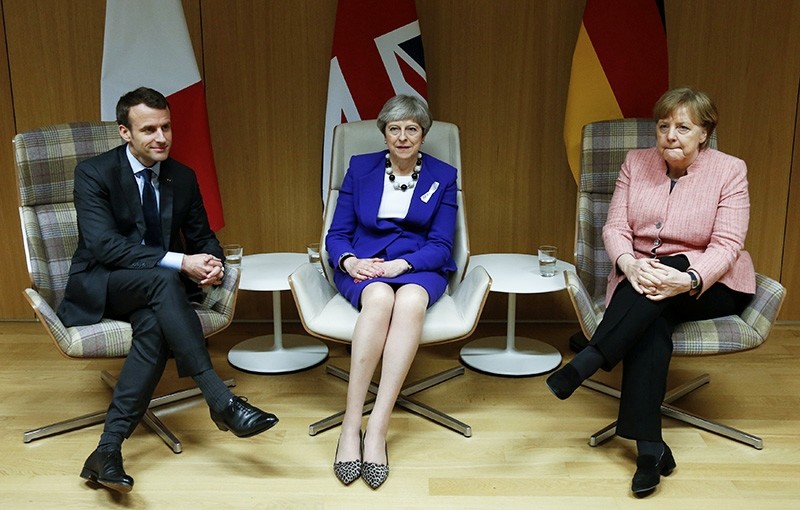 The European Union's three largest economies agree on the need to be "ready to react" to trade tariffs imposed by the United States, France's presidency said Sunday.

"The EU must be ready to react, if necessary, with efficiency and speed," it said in a statement after telephone talks between French President Emmanuel Macron, German Chancellor Angela Merkel and Britain's Prime Minister Theresa May on the potential impact of new U.S. tariffs.

Crippling U.S. tariffs on steel and aluminum are set to take effect on Tuesday, and key trading partners including the EU have urged the White House to exempt them from the additional cost.

U.S. President Donald Trump met last week with Macron and Merkel but gave no indication of whether or not he planned to exempt the EU, which last year exported over $7.7-billion of steel and aluminum to the U.S. market.

Eurozone powerhouse Germany last week said it expected Washington to impose the tariffs from May 1, although a key economic advisor to Trump hinted Thursday that concessions might be made to the EU.

Macron, Merkel and May discussed the tariffs and said they "hope the United States doesn't take measures contrary to transatlantic interests," the Elysee statement said.