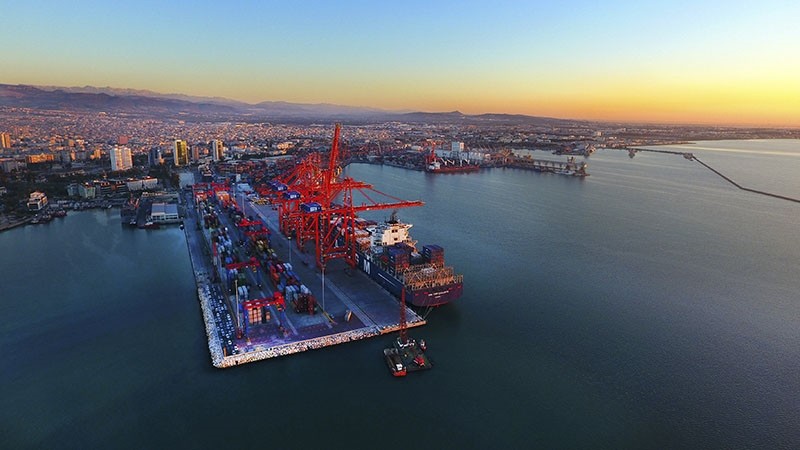 Last month, the country's exports totaled $12.6 billion while, for the January-June period, they amounted to nearly $82 billion -- a 7.4 percent annual hike.

TIM data showed that the 12-month overall exports rose 9.7 percent on a yearly basis, reaching $161.5 billion at an all-time high.

In June, the European Union was the main export market for Turkish products with 52 percent of total monthly exports. Exports to the EU have increased by 8 percent in June.

Exports to Africa and Asia showed increases of 23.8 and 33.2 percent, while exports to the Middle East and North America decreased by 12.6 and 10.2 percent.

In terms of markets, exports to 144 countries have increased. Exports to four top destinations, to Germany, the U.K., Italy and France increased by 1.2, 10.4, 11 and 6.3 percent, respectively. Exports to the U.S. has decreased by 13.9 percent.

Among top 20 exports destinations, the highest increase was in exports to Greece with 47.6 percent.

The automotive sector tops exports with $2.5 billion, followed by chemical products with $1.42 billion and clothing with $1.36 billion.

The highest increase came in steel category with 34.6 percent.

TIM's former Chairman Mehmet Büyükekşi, who will be replaced by newly-elected Chairman Ismail Gülle as of July after a 10-year-long term, noted that Turkey's exports have been increasing for 20 consecutive months, and the export performance will be better in the second half of 2018.

According to the country's statistical authority, Turkey's exports hit an all-time high of $157.6 billion in 2014. They amounted to nearly $157 billion last year.