EU warns US of nearly $300-billion retaliation over auto tariffs 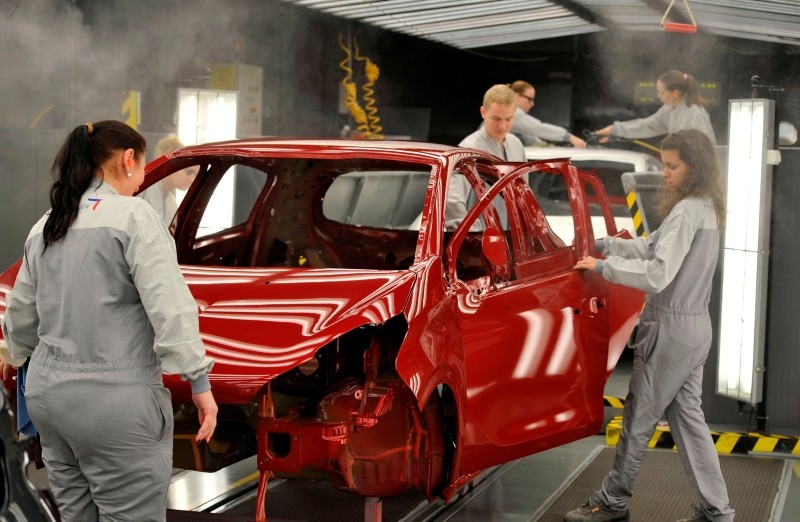 This Dec. 3, 2015 file photo shows employees work on the assembly line of the Peugeot 208 car by French car maker PSA Peugeot Citroen at the company's automobile factory in Trnava, western Slovakia. (AFP Photo)
by Compiled from Wire Services
Jul 02, 2018 12:00 am

The European Union warned on Monday that up to $294 billion worth of U.S. exports would face counter-measures if President Donald Trump went through on its threat to slap duties on auto imports.

In a letter to U.S. authorities, the European Commission, which handles trade policy for the bloc's 28 members, said "up to $294 billion of U.S. exports... could be subject to countermeasures across sectors of the U.S. economy."

This was the equivalent to 19 percent of U.S. total exports in 2017, the submission added.

Trump said last week that the government was completing its study and suggested the United States would take action soon, having earlier threatened to impose a 20 percent tariff on all EU-assembled cars.

The European Union says that for some goods, such as trucks, U.S. import duties are higher.

In its submission, the EU said its companies make close to 2.9 million cars in the United States, supporting 120,000 jobs — or 420,000 if cars dealerships and car parts retailers are included.

Imports had, it said, not shown a dramatic increase in recent years and largely grown alongside overall expansion of the U.S. car market, with increased demand that could not be met by domestic production.

The submission said that tariffs on cars and car parts could undermine U.S. auto production by imposing higher costs on U.S. manufacturers. The EU had calculated that a 25 percent tariff would have a initial $13-14 billion negative impact on U.S. gross domestic product with no improvement to its current account balance

The letter also said that the link between the automotive industry and national security was "weak". Military vehicles, such as the Humvee, were made by different, more niche producers.