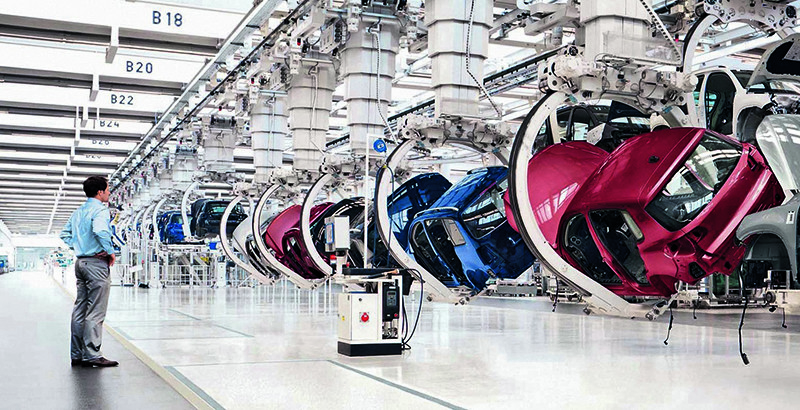 Analysts expected industrial output to increase by around 5 percent in the said month year-on-year.

Among all manufacturing indices, the highest increase year-on-year was recorded in high-tech products with a 12.2-percent hike, official data showed.

On a monthly basis, the country's total industrial output fell 1.6 percent in May, compared with April, noted.

The institute noted that the highest annual increase was seen in the electricity, gas, steam and air conditioning supply index – up 12 percent – among all sub-sectors of the industrial sector.

The computer/electronic/optical products index climbed 40.7 percent in May compared to the same month last year while the manufacture of chemicals and chemical products rose 17.9 percent.

On the mining and quarrying side, mining of coal and lignite index recorded the biggest rise – up 25.4 percent – while the extraction of crude petroleum and natural gas index followed with a 17.9-percent rise.