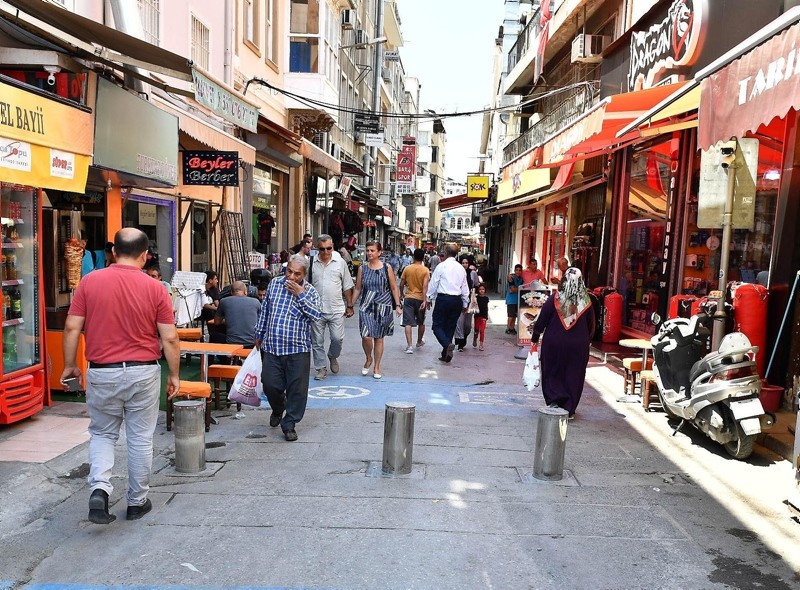 The confidence of Turkish consumers on the country's economy has gone up in July, rising 4 percent, month-on-month, according to the national statistical body's statement Monday.

The consumer confidence index, which stood at 70.3 in June, went up to 73.1 this month, the highest level in nearly two years.

Consumer confidence reached 74 in October 2016, while 72.8 was the highest level it reached since then.

The index value is figured out in cooperation with the Turkish Statistical Institute (TurkStat) and the Central Bank of the Republic of Turkey (CBRT) by measuring tendencies of consumers.

Last month, the consumer confidence index rose 0.6 percent from 69.9 in May. Since the beginning of this year, the index value hovered between 73.1 and 69.9 – highest this month and lowest in May.

Consumer assessments and expectations on nearly 20 economic and financial items are measured in monthly tendency surveys.

Last year, the highest consumer confidence index value was recorded in May with 72.8 while it was down in the last five months of 2017 and stood at 65.1 in December.

"The number of people unemployed expectation index climbed by 1.9 percent, compared to June and became 76.9 in July," TurkStat said. "This increase stemmed from the decline of people expecting an increase in the number of unemployed persons in the next 12 months."

On the savings side, TurkStat reported that consumer tendencies to save money for the next 12 month period rose, as a result, the probability of the saving index which was 24.6 last month increased by 10.2 percent to 27.1 in July.