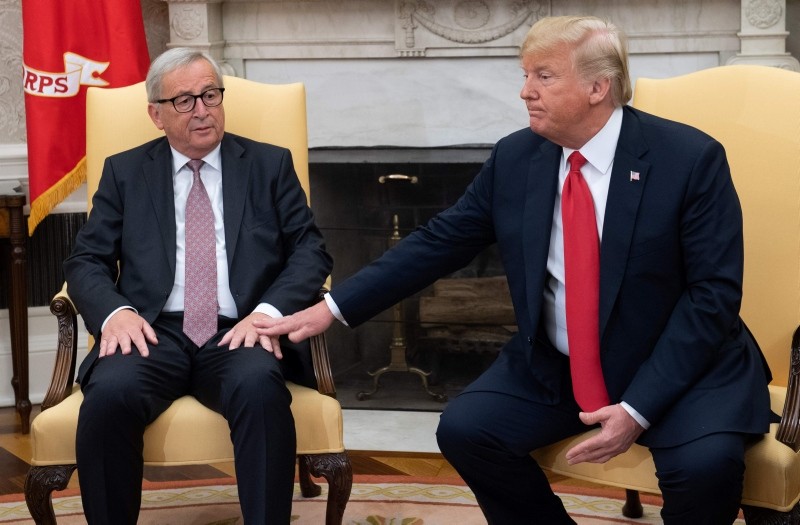 Chancellor Angela Merkel has welcomed the moves by U.S. President Donald Trump and European Commission chief Jean-Claude Juncker to head off an escalation in the trade conflict between the U.S. and the European Union.

"The Federal Government welcomes the agreement of a constructive approach to trade," a spokeswoman for Merkel tweeted on Thursday.

"The EU Commission can continue to count on our support."

"France has always said that we must avoid a trade war because there would only be losers," Le Maire told French Press Agency (AFP).

"It is therefore good to return to dialogue with the Americans on trade matters," he said, while calling for clarifications on the measures agreed in Washington on Wednesday.

"A good trade discussion can only take place on clear grounds and cannot move forward under pressure," he said, striking a more cautious tone than the German government which hailed the talks as a "breakthrough".

Le Maire reiterated his stance that it would be impossible to negotiate an overreaching deal covering all trade between the U.S. and Europe.

Trump and Juncker moved at a crisis meeting in Washington on Wednesday to avert a full-blown trade war by agreeing to a plan aimed at resolving the trade tensions between Washington and the EU.

The Washington meeting came after Trump threatened to impose steep tariffs on car imports from the EU.

The White House and the Europeans now plan to launch talks aimed at abolishing tariffs on industrial goods.