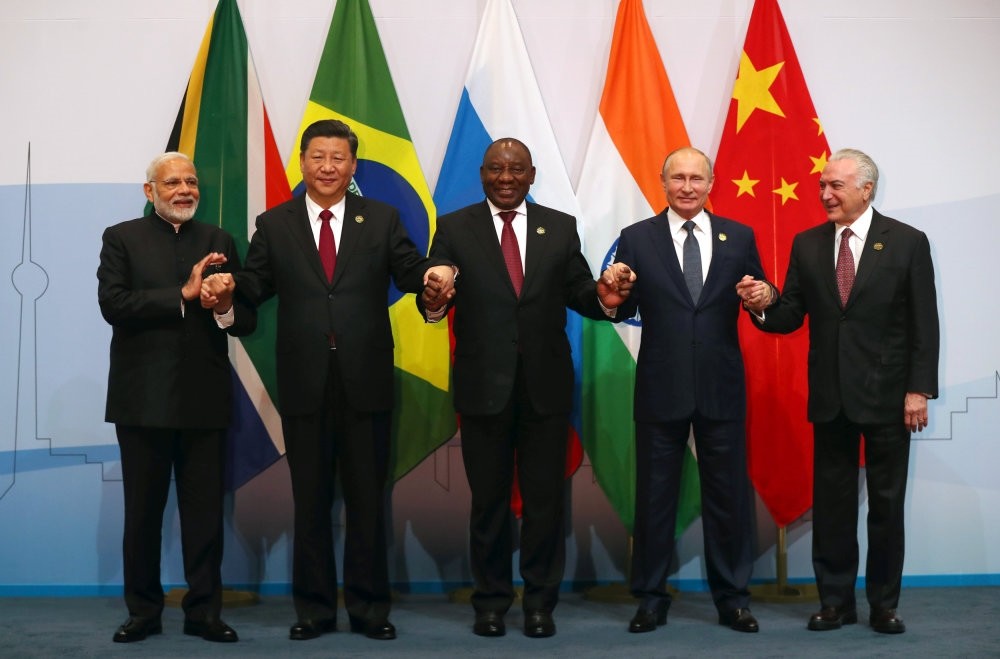 Five of the biggest emerging economies yesterday stood by the multilateral system and vowed to strengthen economic cooperation in the face of U.S. tariff threats and unilateralism.

The heads of the so-called BRICS - Brazil, Russia, India, China and South Africa - met for an annual summit dominated by the risk of a global U.S.-led trade war, although leaders did not publicly mention President Donald Trump by name.

"We should stay committed to multilateralism," China's President Xi Jinping said on the second day of the Johannesburg talks.

"The escalation of protectionism and unilateralism are directly affecting... emerging markets," he said in a statement in the day's opening session.

"Closer economic cooperation for shared prosperity is the original purpose and priority of BRICS."

Russian President Vladimir Putin, who held a controversial meeting with Trump last week, echoed the calls for closer ties among BRICS members and for stronger trade within the group. "BRICS has a unique place in the global economy - this is the largest market in the world, the joint GDP is 42 percent of the global GDP and it keeps growing," Putin said.

"In 2017, the trade with our BRICS countries has grown 30 percent, and we are aiming at further developing this kind of partnership."

Trump has said he is ready to impose tariffs on all $500 billion of Chinese imports, complaining that China's trade surplus with the U.S. is due to unfair currency manipulation.

Trump has already slapped levies on goods from China worth tens of billions of dollars, as well as tariffs on steel and aluminum from the EU, Canada and Mexico.

"We are concerned by the rise in unilateral measures that are incompatible with World Trade Organization ation rules, and we are worried about the impact," South African President Cyril Ramaphosa told the summit's opening session on Wednesday.

The BRICS group, comprising more than 40 percent of the global population, represents some of the biggest emerging economies, but it has struggled to find a unified voice. Analysts say U.S. trade policy could give the group a renewed purpose.

In Washington, Trump and European Commission chief Jean-Claude Juncker announced an apparent truce in their trade war after White House talks on Wednesday.

Xi arrived in South Africa after visiting Senegal and Rwanda as part of a whistle-stop tour to cement relations with African allies.