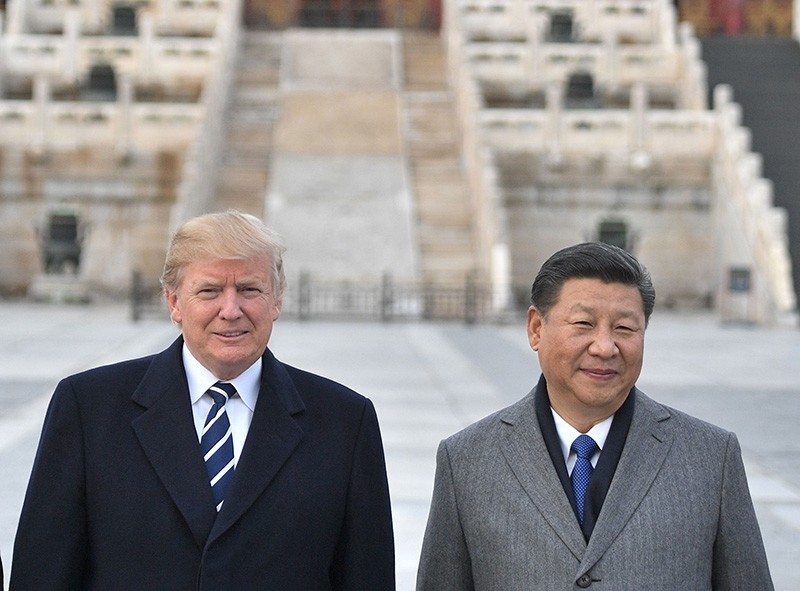 In this file photo taken on Nov. 8, 2017, US President Donald Trump, and Chinese President Xi Jinping pose at the Forbidden City in Beijing. (AFP Photo)
by Compiled from Wire Services Nov 01, 2018 12:00 am

"Just had a long and very good conversation with President Xi Jinping of China. We talked about many subjects, with a heavy emphasis on Trade," Trump tweeted.

Trump said trade talks were "moving along nicely" and that meetings were "being scheduled" at the G20 summit planned in Buenos Aires at the end of this month.

Trump said he and Xi also had "a good discussion on North Korea."

Xi responded to the call by saying he hopes China and the U.S. will be able to promote a steady and healthy relationship, Chinese state media reported Thursday.

In regard to North Korea, Xi said he hopes the U.S. and North Korea will further promote the denuclearization of the Korean peninsula and push for peace. He also said China would continue to play a constructive role in the process.

Washington and Beijing are in an increasingly high-stakes standoff over Trump's aggressive move to end what he says have been years of unfair trade practices by China, including rampant intellectual property theft, forced technology transfers and market access barriers.

Trump imposed new tariffs on roughly half of Chinese imports this summer while Beijing fired back with tariffs on most U.S. products.