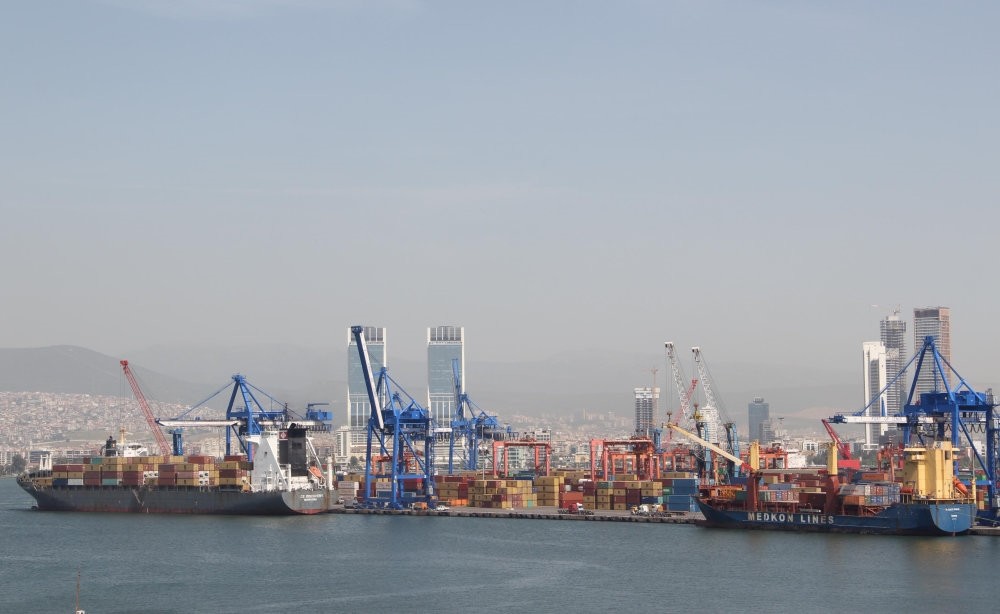 The positive trend in Turkish exports reached an historic high in October, topping off at $15.7 billion, while the trade deficit also dropped by 93 percent, falling to $529 million

The increasing trend in Turkish exports continued in October and peaked in terms of monthly value; its highest in the history of the Turkish Republic. Trade Minister Ruhsar Pekcan announced yesterday that Turkish exports in October recorded a 13.1 percent increase compared to the same period last year and reached $15.7 billion. Exports over the last 12 months hit $166.8 billion. Pekcan stated that Germany, the U.K. and Italy were the top three destinations for Turkish exports in October. The minister stressed that exports will reach $170 billion by the end of the year as foreseen in the New Economy Program (NEP).

Pekcan noted that the country's exports to target markets soar swiftly. "Our exports to Mexico advanced 14 percent, to India 16 percent and to Latin America 41 percent," she said and added that exports to Africa also surged by 25 percent annually in October.

Imports dropped by 23.5 percent in the same month and fell to $16.2 billion. The ratio of exports to imports was recorded at 65.4 percent in October 2017, Pekcan recalled and drew attention to the significant increase in this ratio which hit 96.7 percent last month.

Russia topped the list of countries from which Turkey imports with $1.9 billion. It was followed by Germany with $1.6 billion and China with $1.4 billion.

The foreign trade gap plummeted on a yearly basis in the month, according to the data. The country posted a foreign trade deficit of $529 million for October, down 93 percent from the same month last year.

The automotive industry ranked first among sectors with an export value of $2.9 billion last month. Chemicals followed the automotive industry with $1.59 billion, and the textile sector came in third with $1.56 billion. The highest sectoral rise was observed in jewelry exports, which increased by 113 percent in October.

The manufacturing sector accounted for 81 percent of total Turkish exports and recorded a 16 increase compared to the same period of the previous year and reached $12.7 billion. The exports of agricultural products made up 13.8 percent of total sales abroad. With a 4.1 percent rise, agricultural exports in the same period totaled $2.1 billion. The mining sector composed 2.6 percent of the total exports and reached $2.1 billion.

Turkish Exporters' Assembly (TİM) Chairman İsmail Gülle highlighted the historic high in the October exports and stressed that exports are key to accomplishing macroeconomic goals, including growth, cutting down the current account deficit and reducing unemployment. Gülle underscored that TİM will continue working to update the customs union. Turkey and the EU have been in talks over the modernization of the 1996 deal.

In its Dec. 21, 2016 assessment, the European Commission proposed a modernization of the current deal, which only covers a limited range of industrial products and excludes agriculture, public procurement and services. Highlighting that the upgrade of Turkey-EU trade relations forms an essential part of efforts made by Turkey and the EU to deepen relations in key areas of common interest, the commission reiterated its resolve to continue delivering on the commitments it has made as part of the deal with Ankara.