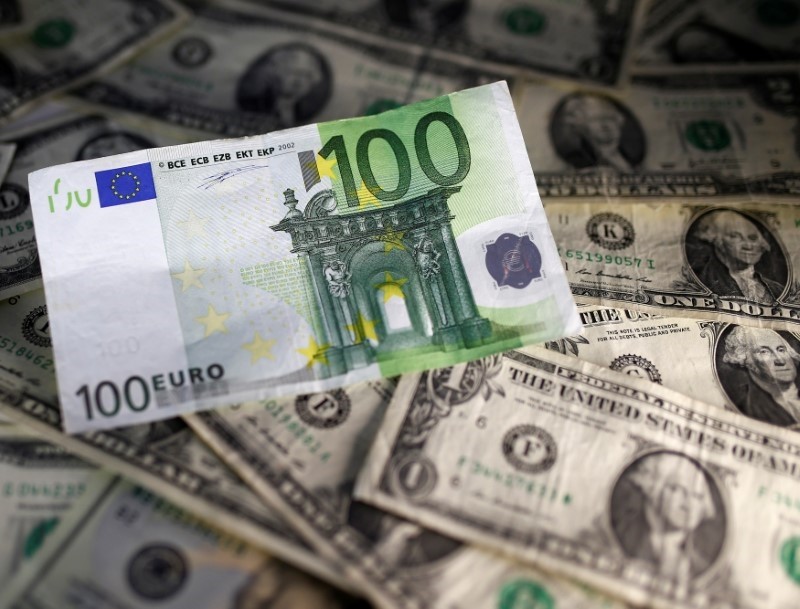 The dollar was down against the euro and yen on Wednesday on investor caution as traders awaited U.S. midterm election results for implications on Washington's broader economic and political agenda.

The U.S. currency has outperformed most of its key rivals this year, benefiting from a robust domestic economy and higher interest rates. Investors are focused on whether congressional elections could disrupt the stellar run of the world's most liquid currency.

The Democratic Party is expected to win control of the U.S. House of Representatives, with Republicans seen likely to keep their majority in the Senate.

"If the Democratic Party wins both houses, sentiment will turn risk off, so we'll see a strong dollar and strong yen," said Yukio Ishizuki, senior currency strategist at Daiwa Securities.

"If that does not happen, the dollar will likely strengthen against the yen and sold somewhat against other currencies. It will be risk on, at least temporarily," he said.

The dollar index, a measure of the greenback against a basket of its major rivals, fell 0.2 percent in early trading to hit a two-week low of 95.902.

The dollar also fell on the day against the yen, a safe haven sought in times of turmoil and economic stress.

A split Congress may hurt the dollar temporarily: a Democratic win in one or both chambers is likely to be seen as a repudiation of President Donald Trump and the policies which have boosted corporate growth.

That, in turn, may lift emerging market currencies which have ben hurt this year by rising U.S. interest rates, in particular currencies of countries running big external imbalances, such as Turkey and Argentina.

On Tuesday, sterling slipped as low as $1.3023 before erasing the losses in volatile trading, on growing hopes of a Brexit deal breakthrough.