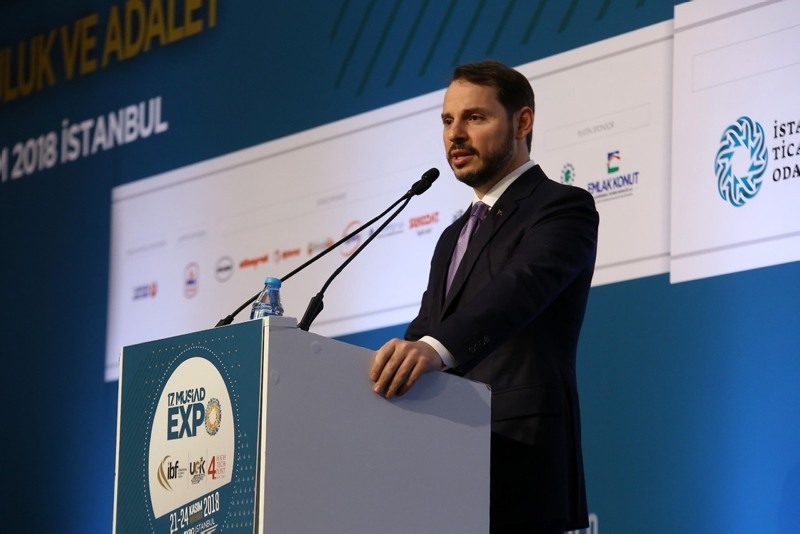 Turkey is expected to see "record" current account surplus in October, the country's finance and treasury minister said on Tuesday.

Turkey, which recently faced currency shocks, entered into the process of normalization as of October, Berat Albayrak said at the International Business Forum's opening ceremony, in Istanbul.

Turkey's inflation figures will be close to its targets in November and December, Albayrak said.

"Loan interest rate dropped to below 25 percent level and it will further drop in December," he said, adding: "We will continue to take strong steps without compromising the budget discipline."

Turkey works on a financial structure to deepen capital market in the country, he noted, and said: "Turkey's recent process is a reflection of problems in international monetary system."

Albayrak stressed the one-currency-dominated monetary system is need to be diversified with regional cooperation between countries to minimize risks.

"This operation failed due to Turkey's strong will. The country cannot be put in a tight corner with political or economic instruments, same as before," he said.

Earlier this month, the U.S. lifted sanctions on two Turkish Cabinet ministers, which were placed in September for not releasing American pastor Andrew Brunson, who was being tried in Turkey over terror charges. The pastor was released last month.

The tariffs and sanctions affected the U.S. dollar/Turkish lira exchange rate, which recovered to 5.3350 on Monday.

The new economic program, which was announced in August, includes a series of measures and steps to provide fiscal discipline, reduce current account deficit, and boost productivity and savings.

The 22nd International Business Forum (IBF) Congress was organized under the 17th Independent Industrialists and Businessmen Association (MUSIAD) Expo that will start on Wednesday.