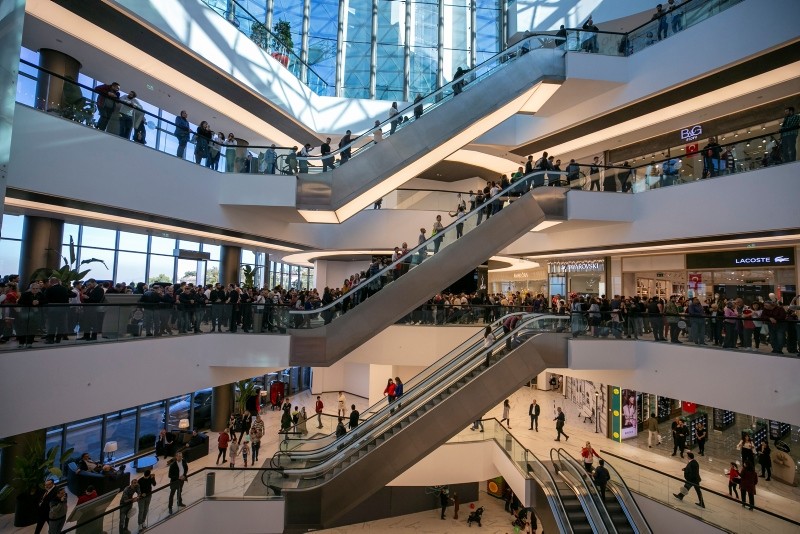 The index rose four percent to hit 59.6 this month from 57.3 points in October, a report by the Turkish Statistical Institute (TurkStat) said, marking an increase rose for the first time since July.

All subindices of the main index, except the number of people unemployed expectation index, were higher in the month.

The financial situation expectations of households index was the second-best performer, rising by 5.4 percent from last month to 77.5 points in November.

The probability of saving index – indicating people's expectation of earning enough money to save – rose 4.8 percent to reach 20.1 points from 19.2 in October.

The number of people unemployed anticipation index – a gauge of sentiment about the health of the labor market – dropped 0.3 percent compared to last month, at 63.4 points.

Enver Erkan, an economist at GCM Menkul Kıymetler, told Anadolu Agency (AA) that the improvement in the November figure stems from positive political and geopolitical developments.

"Decline and stabilization in exchange rates led to more confidence from the consumer side," Erkan said.

Erkan said that consumers still hesitate from inflation and high-interest rates in the country.

Turkey's annual inflation stood at 25.24 percent in October, according to the latest data from TurkStat. The figure rose 0.72 percentage points last month from 24.52 percent in September. Currently, the one-week repo rate – also known as the central bank's policy rate – stands at 24 percent.

Erkan said tax cuts would support the domestic demand for automobile and white goods, until the end of the year.

"This could limit the economic slowdown a bit which is expected in the last quarter," he added.