A promise of mutualism: Modernization of Customs Union a propitious step for Turkey, EU 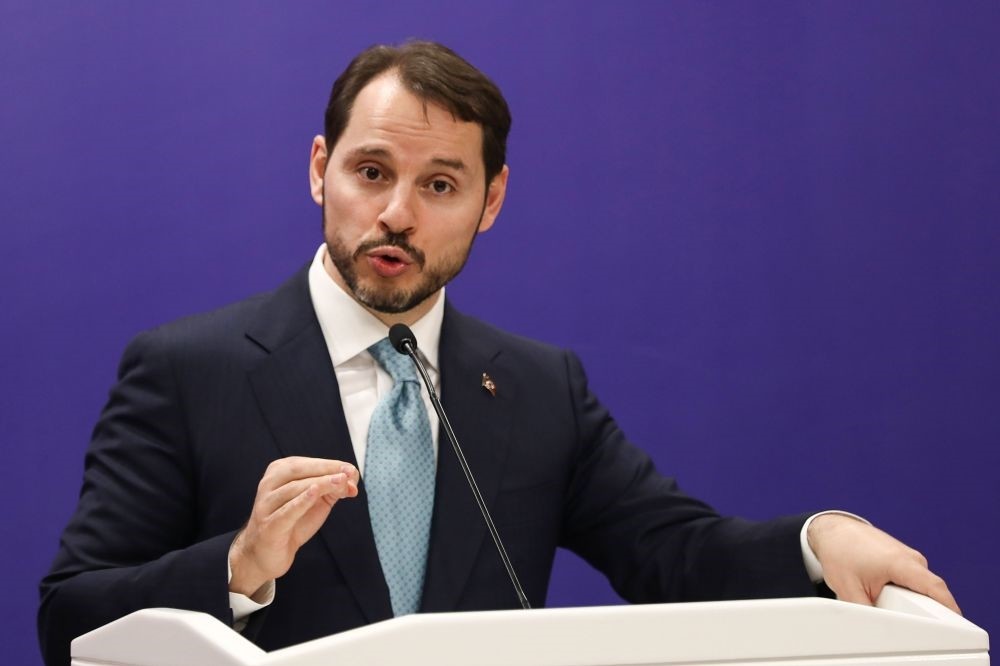 Treasury and Finance Minister Berat Albayrak speaks during a joint press conference with other ministers after the fifth meeting of the Reform Action Group in Ankara, yesterday.
by Daily Sabah Dec 12, 2018 12:00 am

The future of stronger Turkey-EU ties will be supported by a modernized Customs Union agreement, considered a solid message for the global economy tainted by growing protectionist propensities

The modernization of the Customs Union agreement between Turkey and the European Union has been on the agenda of the bilateral meetings for more than two years now. Though both sides have expressed the will to take steps to update the agreement, as it will be advantageous for both sides, no concrete development has so far been observed; yet, the efforts to maintain diplomatic dialogue continue with particular insistence on the benefits it will yield for both sides.

At the 5th Reform Action Group (RAG) meeting yesterday in the Turkish capital Ankara, Treasury and Finance Minister Berat Albayrak emphatically stated that one of the top economic items of agenda in Turkey-EU ties is the modernization of the Customs Union, for which both sides continue diplomatic dialogue at the highest level.

In a reference to the growing protectionist tendencies around the world, Albayrak highlighted Turkey's policy of vouching for expanding economic cooperation. "Turkey will convey a vital message to the global system for the promotion of economic collaborations," he said.

"The updating of the Customs Union will operate as leverage for economic development," the minister said.

During his address, the treasury and finance minister stressed the amelioration in Turkey-EU ties compared to last year's strained relations. Therefore, he said, the Customs Union is offering a more promising negotiation process for Turkey's ties with the EU.

"We will strongly express our demands for the update of the agreement at the 3rd Turkey-EU High-Level Economic Dialogue Meeting on Feb. 28 on a mutual gain basis," Albayrak said.

Before the meeting in February, Turkish and European sides will gather on Dec. 18 to discuss energy cooperation and transportation matters on Jan. 15. A Turkey-EU Joint Parliament Commission meeting will also be held on Dec. 18-20.

Meanwhile, the next RAG meeting will be hosted by the Treasury and Finance Ministry in the first half of next year.

The minister stressed that the young population and qualified human resources of Turkey are great opportunities for the EU.

Turkey is the only non-EU country that has had a customs union agreement, which was inked in 1966, with the bloc. Turkey has been one of the largest trade partners of the union with an export value of 69.8 billion euros ($79.2 billion) and an import value of 84.5 billion euros in 2017 in goods alone.

In its Dec. 21, 2016, assessment, the EU Commission proposed the modernization of the current deal, which only covers a limited range of industrial products and excludes agriculture, public procurement and services.

Highlighting that the upgrade of Turkey-EU trade relations forms an essential part of efforts made by Turkey and the EU to deepen relations in key areas of common interest, the commission reiterated its resolve to continue delivering on the commitments it has made as part of the deal with Ankara.

Albayrak stressed that Turkey will reinforce its relations with its biggest trade partners in the EU in the upcoming period. Stronger Turkey-EU relations will lead to a positive process for the global economy.

Turkey is closely following the Brexit process - the U.K.'s divorce decision from the EU - and is assessing its potential impacts on Turkey. To that regard, Turkish authorities have established working groups to protect the country's interests in the possible post-Brexit period and the High-Level Brexit Dialogue mechanism.

The minister also drew attention to the developments in the eurozone and highlighted that these events point out the need for more economic cooperation between Turkey and the EU.