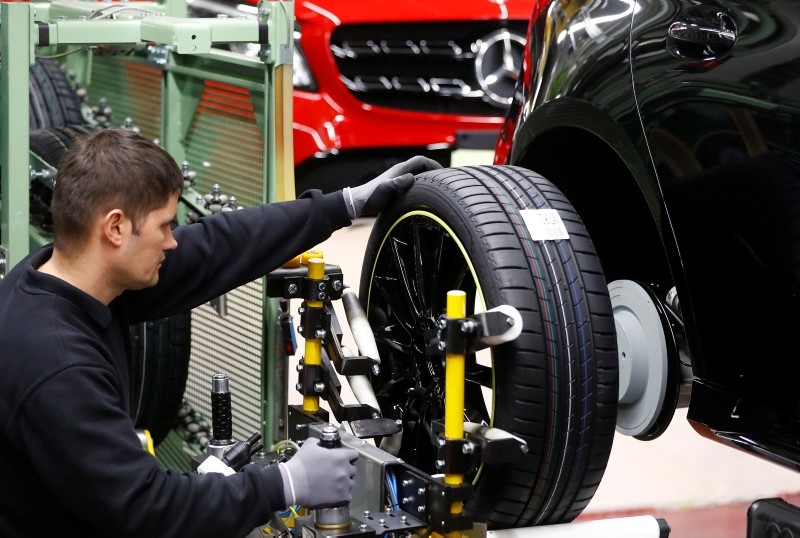 An employee of German car manufacturer Mercedes Benz installs wheels at a A-class model at the production line at the Daimler factory in Rastatt, Germany, Feb. 4, 2019. (Reuters Photo)
by Compiled from Wire Services Feb 07, 2019 12:00 am

European Union officials have slashed their growth forecast for the 19 countries that use the euro, saying even the reduced estimate was vulnerable to "large uncertainty" from slowing growth in China and weakening global trade.

The EU's executive Commission cut the forecast for this year to 1.3 percent from 1.9 percent in their earlier forecast last autumn.

An unexpected slowdown in Germany and protests in France also weighed on the economy in Europe.

The health of the German economy is fast emerging as a worry for the EU as slumping demand for foreign cars in China takes a toll on Europe's export powerhouse.

The eurozone probably grew 1.9 percent last year, slowing from a 10-year high of 2.4 percent in 2017. A raft of risks is stalking the European and global economies, including China's slowdown, a trade dispute between the U.S. and China that has created new import taxes, and the chance that Britain could leave the European Union in March in a chaotic fashion without approving a transition agreement.