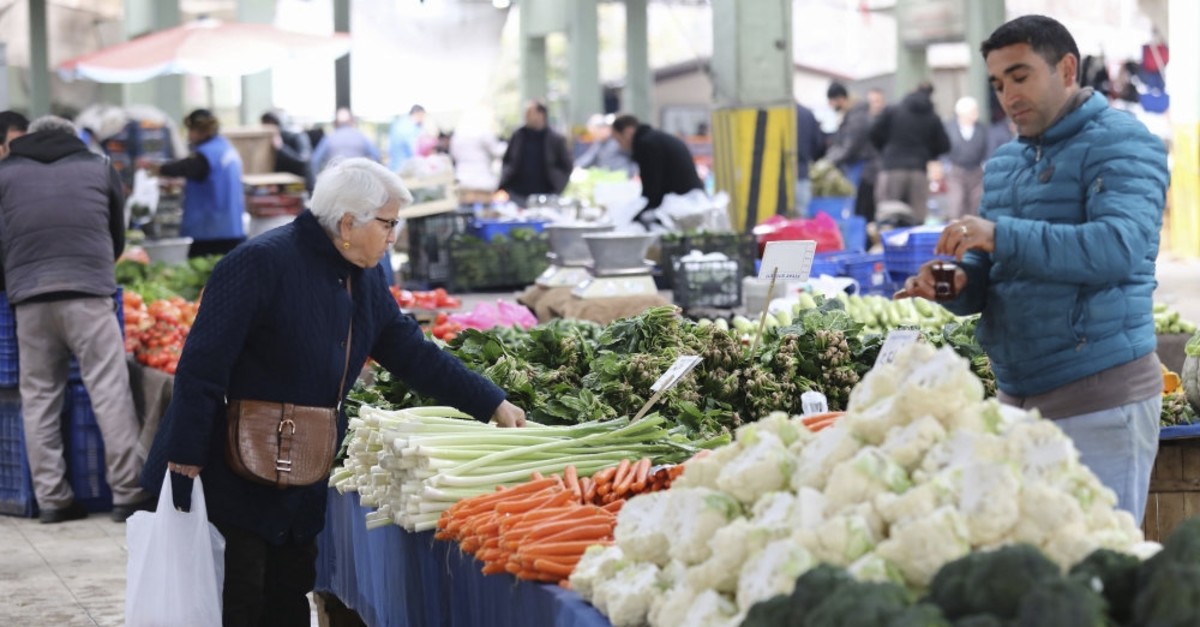 New inflation figures, which came in below market expectations in April, show that Turkey will achieve its targets especially on the back of falling food prices in summer months, according to Treasury and Finance Minister Berat Albayrak

The high inflation that the Turkish economy has been tackling over the last year has been one of the top priorities for the government, which has voiced determination to take all necessary measures and structural steps to lower and eliminate rigidities in prices. Consumer prices in Turkey saw a decline in April and came in below market expectations, according to the national statistical institute on Friday. Turkey's annual inflation rate fell to 19.5 percent in April, down from 19.71 percent the previous month, the Turkish Statistical Institute (TurkStat) said. Meanwhile, a fall in inflation in April, along with a decline in food prices to be achieved over the summer, show that Turkey will meet its inflation targets, Treasury and Finance Minister Berat Albayrak said.

Elaborating on the data on his social media account, Albayrak pointed to a fall in annual core inflation to 16.3 percent in April from 17.53 percent a month earlier as a significant decline.

"Positive developments in the consumer price index indicate the rebalancing process of the Turkish economy continues," the minister said.

A group of 16 economists polled by Anadolu Agency (AA) forecast consumer prices in Turkey would rise 20.25 percent compared to the same month last year. On the other hand, the median estimate in a Bloomberg survey of 18 economists was for an increase of 20.4 percent.

The highest price increase last month was seen in food and non-alcoholic beverages, up 31.86 percent on a yearly basis.

The economists also forecast that Turkey's year-end annual inflation would be 16.13 percent on average, with the lowest estimate at 14.5 percent and the highest at 19.7 percent. On a monthly basis, consumer prices rose 1.69 percent in April, the institute said. Economists forecast monthly inflation of 2.33 percent, with predictions varying between 1.94 percent and 2.8 percent.

The highest monthly increase month-on-month was seen in alcoholic beverages and tobacco with 6.77 percent, while the only monthly decrease was 0.3 percent in communication, according to the data.

Evaluating the data, Muammer Kömürcüoğlu, an economist at İş Investment, said: "Since the rise in food prices in April was below our forecast, inflation came in well below our expectations. With the continued slowdown in domestic demand, core inflation continued to decline." Kömürcüoğlu emphasized that after the positive surprise in inflation, markets will again focus on the central bank's decision. "April inflation has realized in line with the projected path presented in this week's inflation report. In this context, we think that the current data will not cause a change in the tight stance of the central bank," he noted. As noted in the new economic program announced last September, the country's inflation rate target is 15.9 percent this year, 9.8 percent in 2020, and 6 percent in 2021. The Central Bank of the Republic of Turkey (CBRT) on Tuesday kept the country's year-end inflation forecast at 14.6 percent this year, 8.2 percent next year and 5.4 percent in 2021. As noted in the bank's quarterly inflation report, the figure is expected to fluctuate between 12.1 percent and 17.2 percent through the end of 2019.

Murat Çetinkaya, the bank's governor, said at a news conference on Tuesday that interest rate hikes remained an option if inflation unexpectedly jumps. At its policy-setting meeting last week, the central bank left its key interest rate unchanged at 24 percent.

Çetinkaya had noted that they "project the inflation rate will stabilize at 5 percent in the medium term under a tight monetary policy stance and enhanced policy coordination." The bank increased its food inflation forecast to 16 percent for 2019, up from 13 percent in the previous report, Çetinkaya noted. Food inflation next year is expected to reach 11 percent, he said.

President Recep Tayyip Erdoğan on Thursday said the government is determined to reduce interest rates and inflation to targeted levels, stressing that the country will take all its steps under the framework of the principles of the free market system.