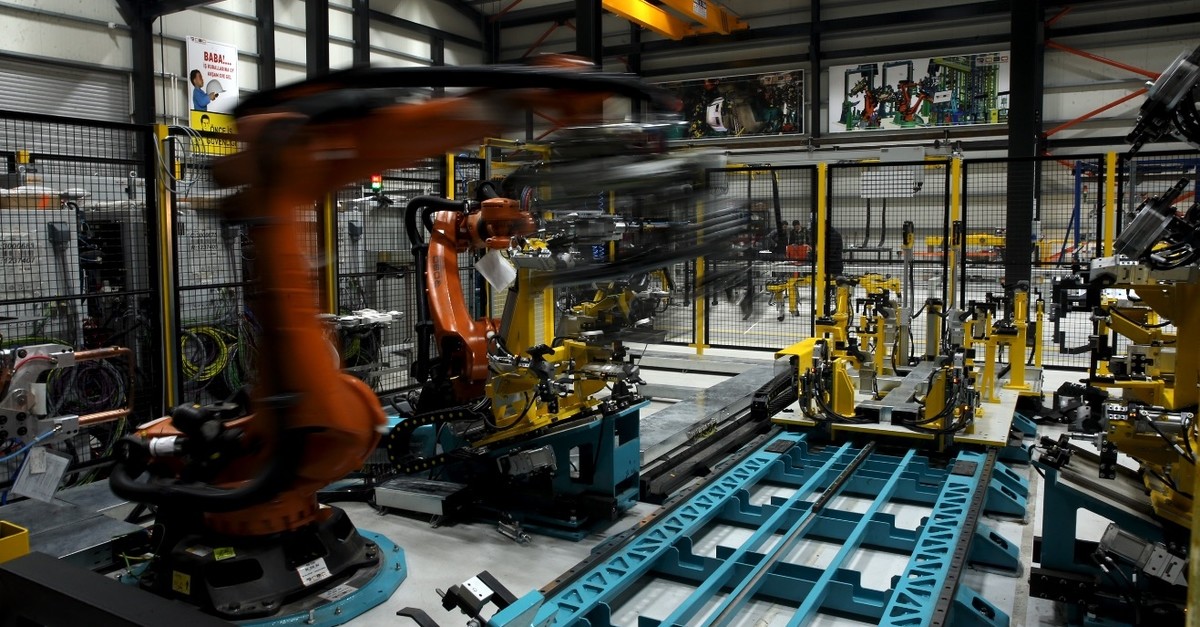 After consecutive declines in the fourth quarter last year, Turkey's industrial output began to post monthly rises at the beginning of this year. The trend continued in March and the country's industrial production registered an increase of 2.1 percent month-on-month in March, the Turkish Statistical Institute (TurkStat) announced yesterday. Commenting on the industrial output data, Treasury and Finance Minister Berat Albayrak drew attention to the positive trend in industrial production in a post on his official Twitter account. "We are going to make a big contribution to the balancing period the Turkish industry is undergoing with the new support package we are going to announce in cooperation with state lenders," the minister said.

"The developments in the industrial production and the sub-industrial sectors strengthen the positive trend of the balancing of the Turkish economy," Treasury and Finance Minister Albayrak added.

On Sunday, Albayrak said the ministry will announce a new support package for the manufacturing industry and exporters with three public banks this month or next month. "We will reveal a long-term, Turkish lira-based and low-cost package that will positively affect the production capacity in sectors related to Turkey's import dependency," he noted.

Meanwhile, industrial output dropped to 2.2 percent in March, compared with the same month last year as opposed to expectations of a 4 percent decrease. Industrial production is considered a vital indicator for the economy, as it is seen as a preliminary gauge for gross domestic product (GDP) growth.

Among the three main sub-indices, the mining and quarrying index rose 4.1 percent, while the manufacturing indices rose 2.2 percent, according to TurkStat. The electricity, gas, steam and air conditioning supply index dropped by 0.6 percent during the same period.

However, when the subsectors of the industry are examined annually, only the mining and quarrying index saw an increase, up 2.2 percent. The manufacturing and the electricity, gas, steam and air conditioning supply indices fell by 2.6 percent and 0.7 percent, respectively, year-on-year in March.

Varank underlined that the ministry works with all its strength for added value production led-growth. Turkey continues to stand behind businesspeople through new projects, and in industry and technology, the minister remarked.

Economists said further improvement would be seen in the April data after relatively good developments in March. Halk Investment Research Director Burcu Kıvci Tokalı said the decline in the annual decrease in the industrial production would continue in April.

"The industrial production has seen its lowest rates and the tendency to improve will be more evident in April as we have been witnessing monthly increases for the last three months in calendar-adjusted industrial output data," she said. Industrial output contracted by 7.8 percent in the fourth quarter last year, whereas the fall in the first quarter of this year is 4.8 percent, Tokalı pointed out.

With regards to economic growth, Tokalı highlighted that the Turkish economy will return to its growing performance in the second half of the year. She expressed that the economy is likely to register a 0.5 percent growth this year while it is expected to expand by 3.5 percent in 2020. ING Bank Chief Economist Muhammet Mercan drew attention to the improvement from the lowest performance in the industrial output while stressing the still-fragile nature of the economic improvement and persistence of downward risks. "The April data shows that increase in loans provided by public lenders and a series of incentive packages have supported industrial production. While the increase in the loans has slowed down in the second half of the year, global and geopolitical uncertainty still puts downward pressure on economic improvement," he said.

The gradual decrease in the industrial output began to sharpen in August 2018 and posted the highest decline in December with an annual drop of 9.8 percent since February 2017. In January, on a monthly basis, the production data posted 1 percent growth and continued its performance with a 1.34 percent rise in February.