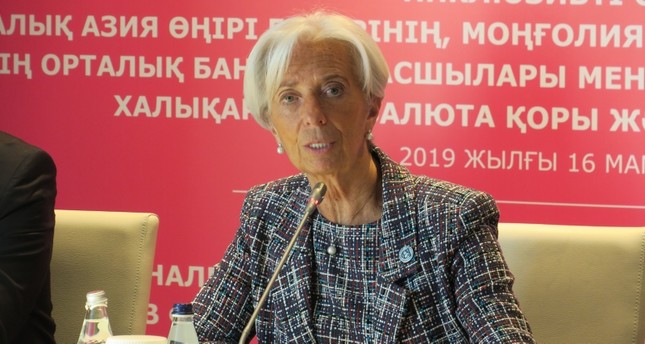 The trade war between the United States and China could be a risk to the world economic outlook if it is not resolved, International Monetary Fund Managing Director Christine Lagarde told Reuters on Friday during a visit to Uzbekistan.

"Obviously, the downside risk that we have is continued trade tensions between the United States and China," Lagarde said, referring to the IMF's world economic outlook.

"And if these tensions are not resolved, that clearly is a risk going forward."

It warned at the time that growth could slow further due to trade tensions and a potentially disorderly British exit from the European Union.

"But we expect that at the end of 2019 and in 2020 it will bounce back," Lagarde said of the world economic outlook on Friday.

The United States infuriated China this week when it announced it was putting Huawei Technologies Co Ltd, the world's biggest telecoms equipment maker, on a blacklist that could make it hard to do business with U.S. companies.

On Friday Beijing suggested a resumption of talks between the world's two largest economies would be meaningless unless Washington changes course.

Share on Facebook Share on Twitter
Previous in Economy Bogged down in a sprawling trade dispute with U.S. rival China, President... Next in Economy Turkey received $466 million worth of foreign direct investment (FDI)...
DAILY SABAH RECOMMENDS