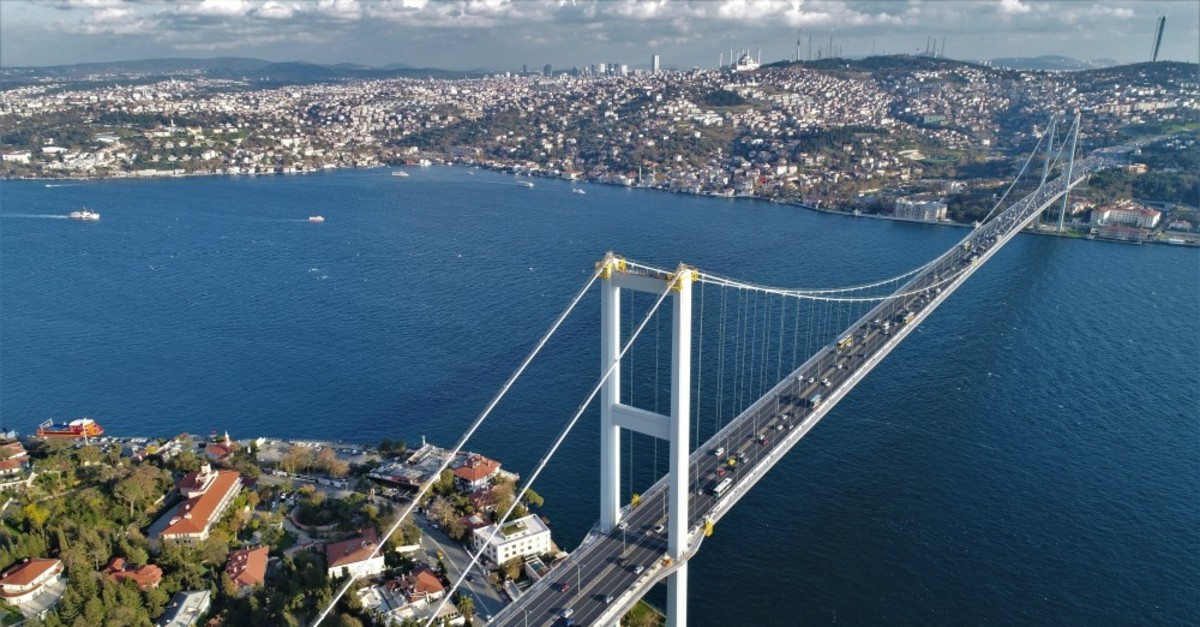 The Turkish economy dodged technical recession by posting 1.3% calender and seasonally adjusted growth quater-on-quarter in the first three months of the year while it contracted by 2.6% in the said period compared to the same period of last year.
by Daily Sabah Jun 02, 2019 12:04 am

The Turkish economy contracted 2.6% in the first quarter of the year compared to the previous period last year due to shrinking domestic demand and decreasing investment expenditures, yet it also ditched a technical recession by posting 1.3% growth on a quarter-on-quarter basis

Experts suggested that the Turkish economy would return to a trend of growth in the third quarter of this year, claiming that the economy ditched technical recession by recording quarter-based growth.

Halk Invest Research Director Banu Kıvci Tokalı emphasized that growth in the second quarter will be close to zero, while the Turkish economy will start to garner its previous growing performance in the third quarter.

ain in the first quarter after a contraction in the second half of 2018, with GDP expanding a seasonally and calendar-adjusted 1.3% on quarter-on-quarter basis. The 4.8% contraction in industrial production is the primary reason for GDP shrinkage in the first quarter, Tokalı stressed. The relatively limited reduction in services has thwarted further reduction in GDP data, she said. Informatics, communication, finance, real estate and the public sector emerged as supportive sectors for economic activity.

The net contraction in domestic demand scrapped 12.1% from growth. Decreasing domestic demand was balanced by exports, which contributed 9.4%. For the last three years, net foreign demand has been balancing out net negative domestic demand.

"The tightening of financial conditions over the past couple of months has probably resulted in a renewed downturn," Capital Economics senior EM economist Jason Tuvey told Reuters, pointing to a broad market sell-off since late March.

AA Finance Analyst and economist Haluk Bürümcekçi drew attention to the fact that the production-based GDP was dragged down by industry, construction and services. Domestic consumption and investment expenditures yielded a major contraction in expenditure-based GDP, he said, while pointing out the huge contribution of net foreign demand, bringing a record figure of 9.4%.

Speaking of near-term trends, Bürümcekçi noted that initial indicators point out that the GDP will also shrink in the second quarter of the year.

Whether the Turkish economy will see any growth this year will depend on the extent to which tight financial conditions will ease as well as the trend in foreign demand.