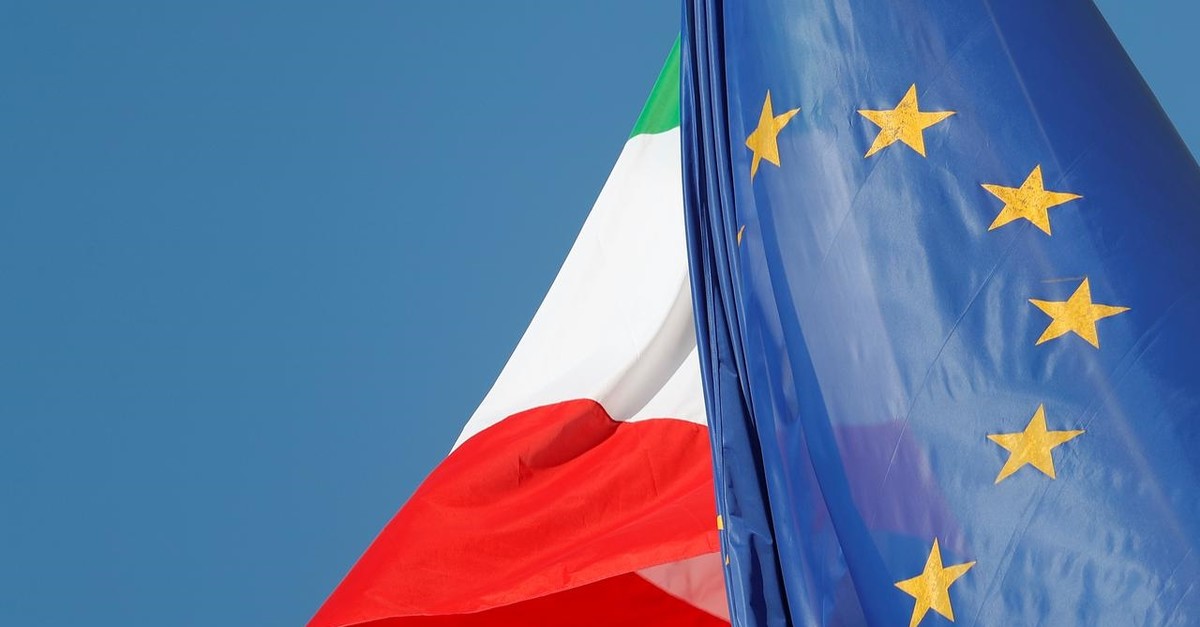 The European Commission concluded on Wednesday that Italy is in breach of EU fiscal rules because of its growing debt, a situation that justifies the launch of a disciplinary procedure.

If European Union states back this assessment in the next two weeks, the EU executive could subsequently recommend to start the procedure, a move expected before a meeting of EU finance ministers in early July.

The move by the EU's executive arm against Italy's bloated budget begins a complicated process that — if approved by eurozone ministers — could result in a fine of more than 3.0 billion euros ($3.4 billion).

"We have concluded that ... a debt-based excessive deficit procedure is warranted for Italy," EU commission vice president Valdis Dombrovskis told reporters, adding that bloc ministers must confirm the decision.

Italy's far right Deputy Prime Minister Matteo Salvini on Saturday vowed not to yield to the EU, with fears that his fractured government could collapse under the pressure from Brussels.

The coalition of the far-right League and anti-establishment Five Stars Movement is deeply divided on how to handle the offensive by Brussels, with Prime Minister Giuseppe Conte threatening to resign if the squabbling did not stop.

The threat to put Italy into the sin bin comes on the same day that the commission officially proposed to remove Spain from the procedure, with Brussels satisfied that Madrid's public spending was back in order a decade after the financial crisis.

"This marks the end of a long and painful road not only for Spain but for the entire European Union and the eurozone," EU Economics Affairs Commissioner Pierre Moscovici said.

The debt mountain leaves Italy very vulnerable to its cost of borrowing on financial markets that reward governments that adopt a more conciliatory attitude to Brussels.

Italian Finance Minister Giovanni Tria on Friday told Brussels that his government would do what it takes to rein in its soaring public debt, but without providing details.

Making matters worse, Italy on Friday revised its growth figures downwards for the first quarter of this year, putting spending commitments made to the EU even further out of reach.

The feud with Rome comes just months after an earlier flare-up over Italy's draft budget for 2019.

Last year's technical recession had put intense pressure on the government in the eurozone's third largest economy, which won power in June on the back of big-spending electoral promises that ignored EU rules.

In a historic first, in October the Commission rejected Italy's budget, which promised a universal basic income and scrapped pension reform.

The government was forced to water down its costly budget in December to avoid punishment and soaring borrowing prices on the markets.

The EU's tough attitude comes under the insistence of Netherlands and Germany, which want eurozone partners to strictly abide by budget rules despite arguments that doing so stokes populism.