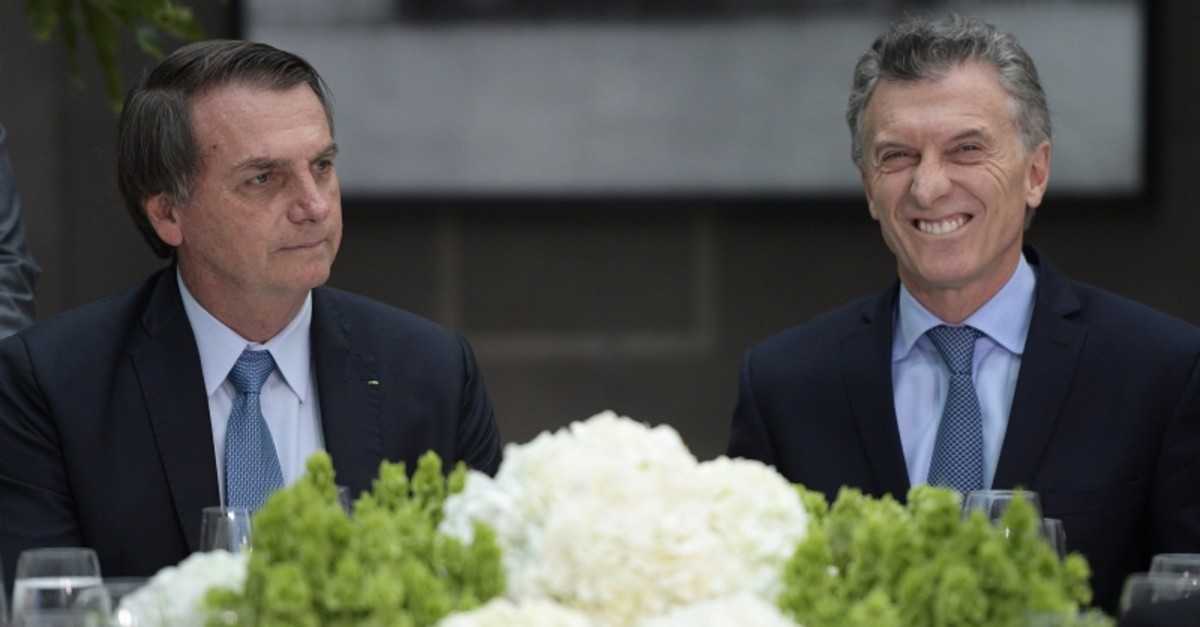 The presidents of Argentina and Brazil said Thursday that an agreement is imminent on a free trade agreement between the European Union and the South American trading bloc Mercosur.

Brazil's President Jair Bolsonaro and Argentina's Mauricio Macri expressed confidence that the deal would soon be signed as they met in Buenos Aires for talks.

"The signing of the Mercosur-EU accord is imminent," said Bolsonaro, who has actively pushed for the free trade agreement since coming to office in January.

"Everyone will win with this: Brazil, Argentina and the other countries in the bloc," he said.

Echoing that view, Macri said the two groups of nations were "very close to an agreement."

Mercosur, which groups Brazil, Argentina, Uruguay and Paraguay, has been in negotiations with the EU since 1999 to establish a trade agreement.

But 20 years of talks have failed to produce an agreement, despite both sides saying on several occasions that they were close to one.

The Argentine government at the end of 2017 had hoped to clinch a deal on the occasion of a World Trade Organization summit in Buenos Aires, but differences arose, especially over agricultural goods.

On Tuesday, however, Brazilian economy minister Paulo Guedes said an agreement could be reached in "three or four weeks."

European trade commissioner Cecilia Malmstrom on May 22 also said the two blocs were near an agreement, and expressed hope it could be reached before the current European Commission is replaced by a newly elected one.

The main obstacle has been European reluctance to open its market to agricultural products from South America, and more recently differences have emerged with Brazil over trade in meat, sugar and automobiles.