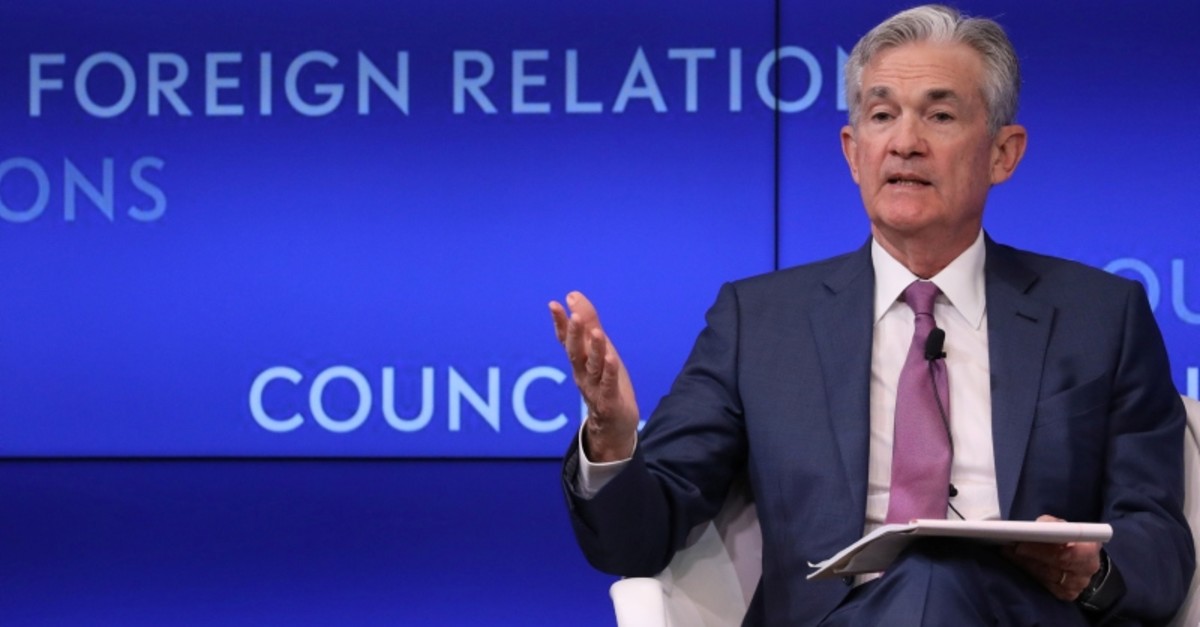 Federal Reserve Chairman Jerome Powell said Tuesday the economic outlook has become cloudier since early May, with rising uncertainties over trade and global growth causing the central bank to reassess its next move on interest rates.

Speaking to the Council on Foreign Relations in New York, Powell said the Fed is now grappling with the question of whether those uncertainties will continue to weigh on the outlook and require action.

Powell did not commit to a rate cut unchanged in a range of 2.25% to 2.5% but dropped a previous pledge to be "patient" in changing rates in coming months.

Trump reportedly has considered either firing Powell or demoting him from the chairman's job but has been told by the White House legal team that he does not have the power to do either.

Powell said that the Fed's independence from direct political control had served the country well and when central banks do not have that protection "you see bad things happening."

In early May, Trump more than doubled the tariffs on Chinese goods after U.S.-China trade talks broke down. The president threatened to essentially hit all Chinse imports with tariffs if China does not meet its demands for greater protections for U.S. technology.

Trump's moves sent financial markets tumbling because of concerns the trade conflict could end the current 10-year economic expansion, which in July will become the longest in U.S. history.

Trump is scheduled to meet Chinse President Xi Jinping later this week at the Group of 20 economic summit in Japan, a meeting that is being closely watched for signals that the two sides are prepared to resume talks in search of a trade deal.

In addition to rising trade tensions, Powell said since May incoming data has raised new concerns about the strength of the global economy, noting tentative signs that investment by U.S. businesses has slowed from earlier this year.

Many Fed officials believe the case for easier monetary policy has strengthened, but "we are also mindful that monetary policy should not overreact to any individual data point or short-term swing in sentiment," he said.

Powell said that would risk adding even more uncertainty to the outlook.