US stocks dragged down by Iran tensions, trade worries as Fed in focus 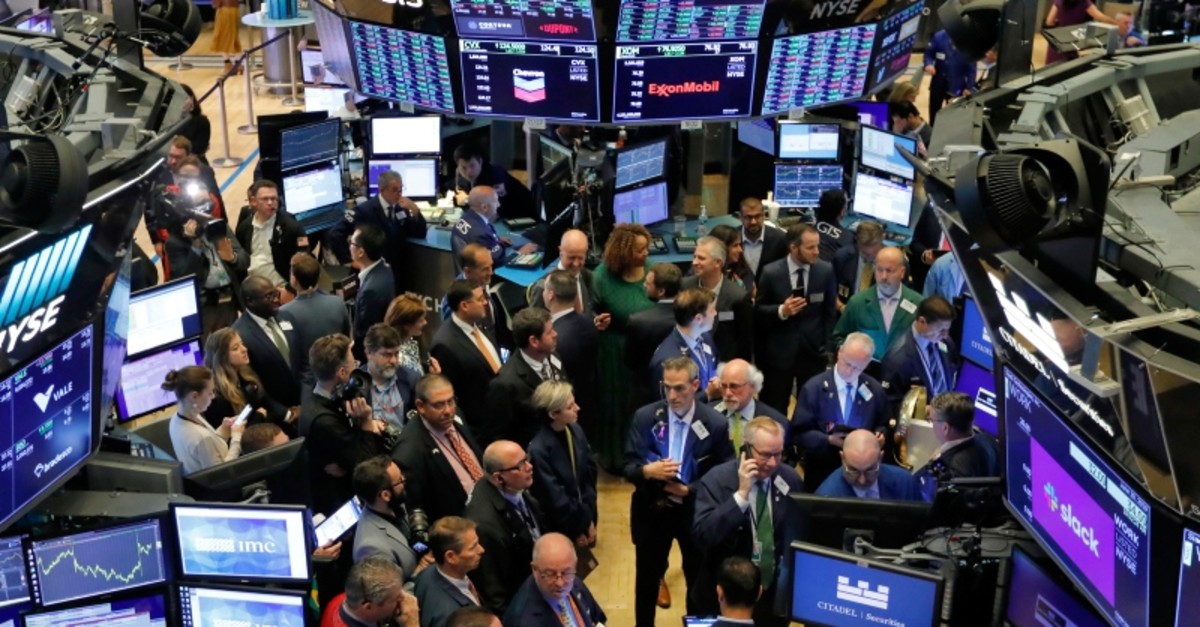 In this June 20, 2019, file photo traders gather at a post on the floor of the New York Stock Exchange as they wait for the Slack Technologies IPO to begin trading. (AP Photo)
by reuters
Jun 25, 2019 7:35 pm

Wall Street's main indexes slipped on Tuesday, hit by trade jitters and rising tensions in the Middle East, while investors focused on speeches by Federal Reserve officials for clues on monetary policy.

Fed Chair Jerome Powell is among a host of central bank policymakers scheduled to speak amid rising expectations of an interest rate cut for the first time since the financial crisis.

The banking sector, which tends to take a hit from a low interest rate environment, was down 0.83%, while the financial sector dropped 0.5%.

The prospect of more monetary stimulus for the economy has helped Wall Street's main indexes rise a least 6.5% this month, with the S&P 500 hitting a record high last week.

Dampening hopes of a U.S.-China trade deal at the G20 summit later this week, a senior U.S. official said President Donald Trump is "comfortable with any outcome" from the talks with his Chinese counterpart.

"We're not of a belief that anything material is likely to come from this meeting (G20), other than potentially an agreement to continue to negotiate," Northey said.

In a dramatic and unprecedented move to increase pressure on Iran, Trump on Monday imposed new sanctions on the country's supreme leader and foreign minister, driving investors toward government bonds, the yen and Swiss franc.

The communication services sector fell 1.35% and the technology sector 0.72%, the most among the 11 major S&P sectors.