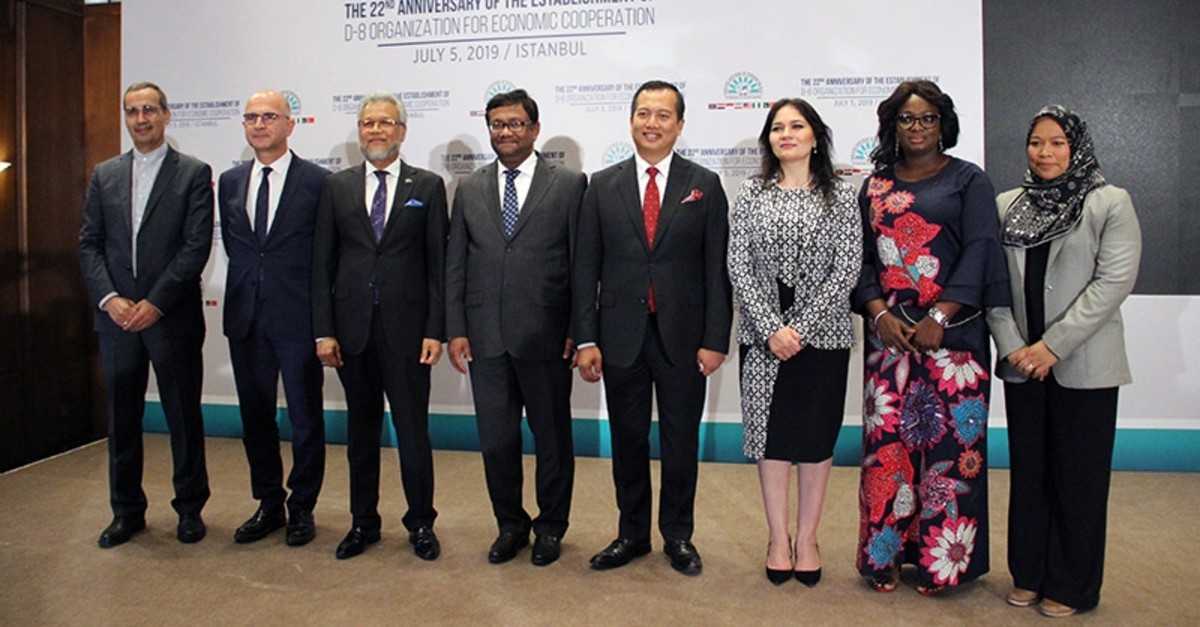 The D-8 Organization for Economic Cooperation held a reception in Istanbul to celebrate its 22nd anniversary of foundation.

Addressing the opening speech of the ceremony, Shaari said the D-8 has become an ever-growing unity since its establishment.

A payment system peculiar to the D-8, the international D-8 university, the D-8 aviation network, as well as health and social protection programs prove the success of the organization, he added.

The group head also said the D-8 established important bilateral relations with private and public institutions regionally and globally, and these ties are developing.

Also speaking at the ceremony, Turan said Turkey would continue to do its best to promote the cooperation between the D-8 countries for the benefit of the member states and its people.

"We expect that a 10-year roadmap -- which will shed light on how the joint efforts of the D-8 member states will be developed in the next 10 years -- will be finalized and adopted in Dhaka [Bangladesh] by the end of this year," he said.

Turkey gives great importance to the D-8 as the term president, Turan stressed, adding that they work to strengthen the relations further.

Speaking to Anadolu Agency following the event, Karamollaoğlu said that the economic cooperation between the member states provides both the countries and the D-8 with power and trust.

Karamollaoğlu stressed that strong states around the world try to dominate other states.

"In order to stand against this, we absolutely need to come together," he urged.

"We need to embrace the whole world, and even to create new policies to address the shortcomings of Westerners," he added.

On June 15, 1997, the D-8 was launched after then-Prime Minister of Turkey Necmettin Erbakan proposed the creation of an economic group consisting of eight emerging economies from the Muslim world.