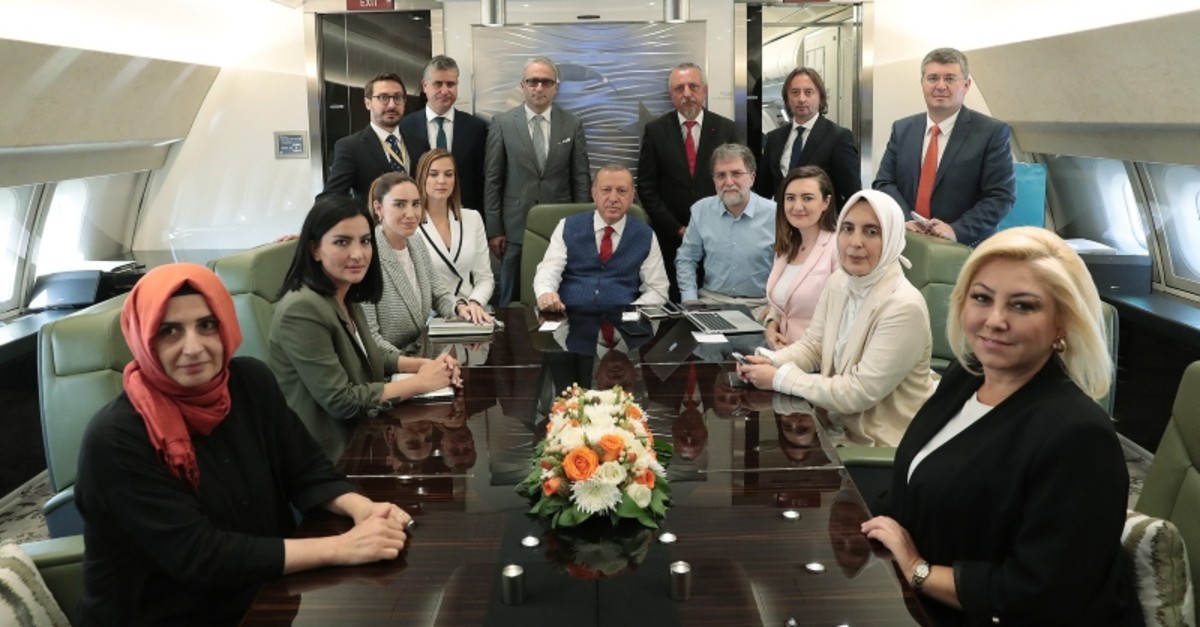 Former governor of Central Bank, Murat Çetinkaya's personally made decisions and moves caused Turkey to pay heavy prices, and that is why he was removed from duty, President Recep Tayyip Erdoğan told journalists late Tuesday.

"His decisions were becoming unbearable. Seeing all this, we evaluated the situation, and decided that a change is necessary," he added.

"Of course, the Central Bank is crucial especially for finance. If we fail to reform the Bank, we may go through serious hardships. That is why, we emphasize reform and insist on the importance of financial stability," Erdoğan said.

Two government sources said earlier that differences between the government and the governor over the conduct of monetary policy have deepened in the past few months.

President Erdoğan has repeatedly railed against high interest rates and called for interest rates to be lowered in a bid to stimulate growth and revive the country's economy which slipped into recession earlier this year.

Turkey's main interest rate is 24 percent after the bank under Çetinkaya made an aggressive rate hike of 625 basis points last September following a currency crisis in August.

The Turkish economy shrank for the second straight quarter in early 2019 as a currency crisis and soaring inflation and interest rates took a heavy toll on overall output.

The Turkish lira is down 10% this year after having plummeted 30% last year during the currency crisis. Analysts expect the central bank could ease monetary policy at a July 25 meeting if the lira is not hit this month by threatened U.S. sanctions over Turkey's purchase of a Russian S-400 missile defense system. Following positive remarks after Erdoğan's meeting with U.S. President Donald Trump on the sidelines of G20 Summit in Japan's Osaka, the lira rallied nearly 3 percent last week against the dollar.

The inflation rate fell to 15.72 percent in June from 18.71 percent in May, official statistics showed on Wednesday, the lowest rate in nearly a year after hitting above 25% in October.

"Who else am I supposed to feel resentful towards apart from them?"

He also reminded that the three politicians did not support the ruling Justice and Development (AK) Party during the Presidential and local elections.

Erdoğan said he asked Babacan if he was going to form a new political party, and Babacan responded that he does not immediately intend to do so but that he and his group are "working as a platform."

The President also previously pointed out that splinter movements from the ruling AK Party were not successful in the past.

Turkish politics has often witnessed the forming of new political parties that fail to attract supporters or leave a mark on politics.