US economic growth slows in Q2, falls below Trump's 3% target 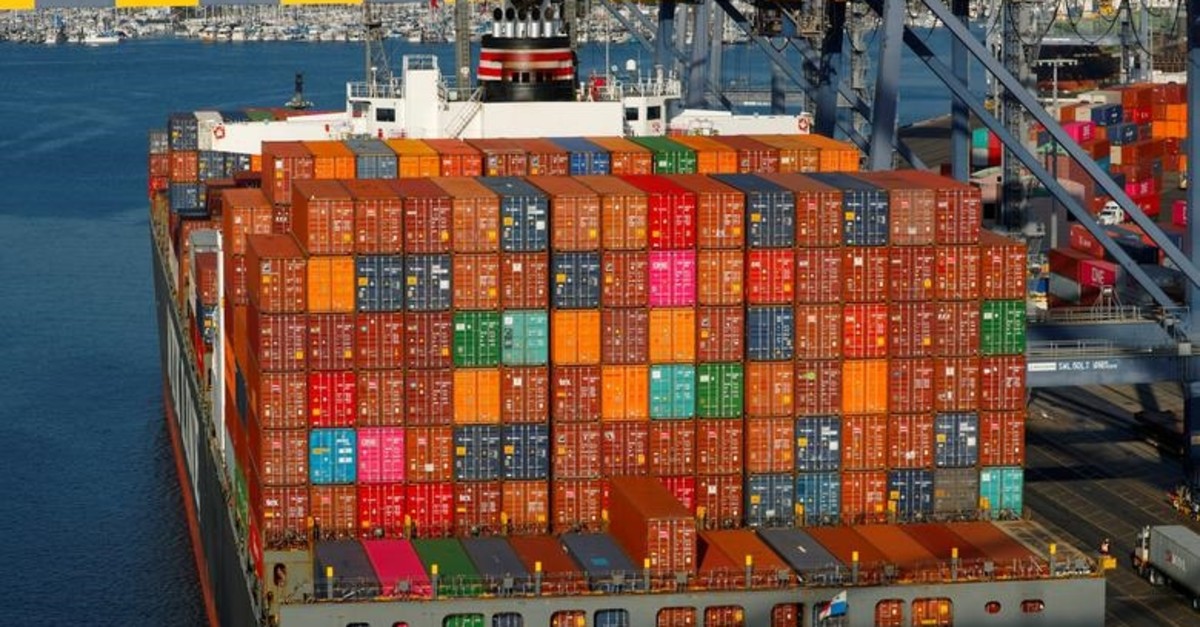 Shipping containers are pictured stacked on a ship docked at Yusen Terminals (YTI) on Terminal Island at the Port of Los Angeles in Los Angeles, California, U.S., January 30, 2019. (Reuters Photo)
by Jul 26, 2019 4:28 pm

The American economy hit the brakes in the second quarter, as activity declined in an increasingly skittish industrial sector and exports fell, but the U.S. continues to outperform other advanced economies, according to government data released Friday.

The new data covering the past five years now show the world's largest economy actually slowed in the year after Trump pushed through a sweeping tax overhaul.

The updated data also highlight how momentum deteriorated in the final months of 2018, when the Federal Reserve raised interest rates in defiance of intense pressure from Trump.

The Commerce Department reported that GDP in the April-June quarter slowed to 2.1 percent from the first three months of the year, slowing sharply from 3.1 percent growth in the first quarter, but that was better than expected, helped by strong consumer spending.

Taken together the new data portrayed an economy that enjoys robust strength in some quarters but has begun to sputter worryingly in others, even while the U.S. is outshining sluggish economies in Europe, Japan and elsewhere.

Analysts had expected second quarter growth of just 1.8 percent, but the economy got a boost from strong consumer spending on autos, food and clothing.

Federal spending also took its biggest leap in a decade — with non-defense spending rising at the fastest pace in 21 years — a one-time jolt when the government resumed paying employees following the five-week partial government shutdown at the start of the year.

But that was not enough to make up for tumbling investment in factories and commercial buildings, which sank more than 10 percent for the quarter, and falling income from software royalties and other intellectual property.

Declining travel exports, dominated by tourists and foreign students, also weighed growth down for the quarter.

In the revisions that stretch back to the final quarter of 2013, the Commerce Department said revised and newly available data showed October-December 2018 was much weaker than previously reported, notably spending on healthcare and autos.

The fourth quarter of 2018 expanded just 1.1 percent, down from the 2.2 percent reported in March.

The downward revision stripped Trump of the banner 3.0 percent number he had repeatedly hailed on in public appearances and social media as the greatest economic performance in 14 years.

In policy documents, the White House claims the president's economic agenda of tax cuts, slashed regulation and trade reform will push the U.S. economy to three percent annual growth over a decade.

Instead, the economy actually slowed following the tax cuts from 2.8 percent in 2017.