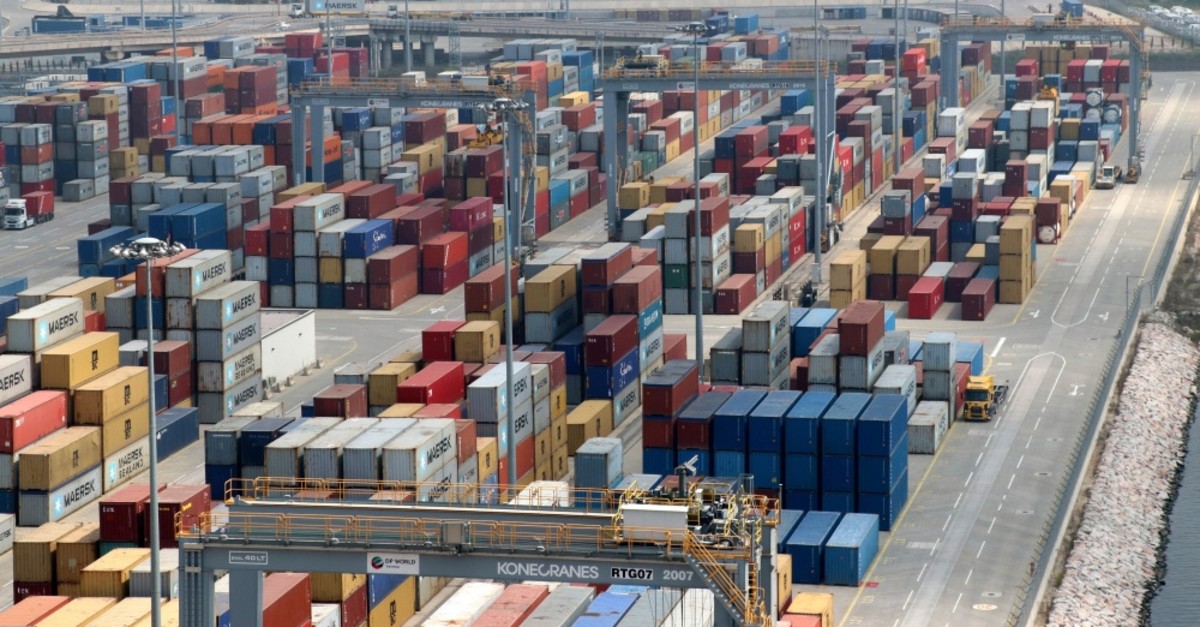 The new road map seeking to bring Turkey-U.S. trade volume to a new target of $100 billion singles out eight sectors, including automotive, textile, aviation and white goods among others, withthe largest potential for Turkey's exports

Despite the ongoing dispute over the S-400 missile system and the F-35 fighters, officials and business communities from Turkey and the U.S. have enhanced their efforts to increase the bilateral trade volume to take advantage of the major economic potential between the two NATO allies. In this context, a road map has been drawn for the trade between Turkey and the U.S. to gradually increase to the volume of $100 billion, a target revised from previously determined $75 billion during the bilateral meeting held between President Recep Tayyip Erdoğan and U.S. President Donald Trump on the sidelines of the G20 summit in Osaka, Japan late last month.

According to a report the Turkish business community requested from the global management consulting firm, Boston Consulting Group (BCG) concerning the new trade volume target, eight sectors, of 38 examined one by one, come to the fore in Turkey's export potential to the U.S. The report namely highlights a high potential for trade in automotive, textile, aviation, white goods, jewelry, building materials, furniture and tourism sectors.

The report focuses on the recent stagnation in global trade, highlighting the sectors and issues that Turkey needs to concentrate on while stressing that the trade wars between the U.S. and China create a vital opportunity for Turkey.

The 300-page report, prepared under the chairmanship of the Trade Ministry, with the coordination of Turkey-U.S. Business Council (TAİK), in accordance with the recommendations of a working group formed by various business organizations such as the Foreign Economic Relations Board (DEİK), Turkish Exporters Assembly (TİM), Union of Chambers and Commodity Exchanges of Turkey (TOBB), International Investors Association (YASED), Turkish Industry and Business Association (TÜSİAD), American-Turkish Council (ATC), American Business Forum in Turkey (AmCham Turkey), will be presented to Erdoğan and Trump, who is expected to arrive in Turkey in the fall. The report will also be presented in the U.S. Investment Conference in September with comprehensive activities.

Opportunities for small and medium-sized enterprises (SMEs) were also discussed in the report, which was prepared in consultation with more than 40 companies and nongovernmental organizations (NGOs). Pointing to the importance of supporting mechanisms to enable SMEs to export more to the U.S. market, the report further suggested that support in the fields of consultancy, training, exhibition and business partnership will strengthen the export of SMEs to the U.S. market.

Among others, a special project will be carried out to boost the trade between Turkey and the U.S. These titles include preparing a preferential trade agreement with business representatives and government officials from both sides to facilitate customs duties and regulations, conducting a holistic country-oriented promotion campaign using digital and alternative communication channels to promote Turkey in the U.S., and launching a positive Turkey-specific campaign for American investors to invest more in our country and make joint ventures.

The primary objective of the report is to increase Turkey's exports to the United States. However, the report identified sectors that the U.S. side should also focus on to achieve the $100 billion target. Energy – especially liquefied natural gas (LNG), aerospace, medical devices and chemical products – come to the forefront in the exports of U.S.-based companies to Turkey.In 2018, the Turkey-U.S. bilateral trade volume was $20.6 billion, according to data from the Turkish Statistical Institute (TurkStat). While Turkey's exports to the country came to $8.3 billion, its imports totaled $12.3 billion.

The business world will set up the Executive Board and Program Management Office (PMO) to follow up on the report. The Executive Committee will serve as the top committee responsible for determining the priorities of the program. The PMO, on the other hand, will be in charge of the progress of the working groups to be established.

One of the most influential figures in the U.S. Senate, Sen. Lindsey Graham, is a supporter of the goal of increasing trade volume between the U.S. and Turkey. Following the U.S. President Trump's meeting with the senators last week, Graham said on Twitter that a free trade agreement (FTA) should be discussed and negotiated to have a stronger relationship with Turkey.

"This will integrate our economies and be a Win-Win for both nations," he said. "We must find a way to avoid the damage to the relationship that comes from Turkey activating the Russian S-400 missile system. When it comes to Turkey, we are looking for a Win-Win, not a Lose-Lose."

Last Tuesday, Trump met with 45 senators at the White House and reportedly reiterated his intention to not impose any sanctions on Turkey over the S-400 air defense missile system Ankara purchased and started receiving on July 12.

Repeatedly blaming the Obama administration and Democrats for the ongoing S-400 and F-35 tensions between the two NATO allies, Trump has repeatedly said that the current "mess" is "not Turkey's or President Recep Tayyip Erdoğan's fault."

Since 2017, Turkey and the U.S. have been at odds over Turkey's decision to buy the S-400. To defend its airspace, Turkey has long sought to purchase U.S.-made Patriot missiles, but Washington rebuffed Turkey's overtures, spurning its longtime ally's national interests.

Earlier this month, Washington announced it was taking Turkey out of the F-35 fighter jet program, following the threats to do so over Ankara's purchase of the S-400, the Trump administration began the process of removing Turkey from the F-35 program. The expulsion is slated to be completed by the end of March 2020.

WHICH SECTOR WILL DO WHAT?

Turkey, one of the most prominent countries in tourism, fails to allure enough tourists from the United States. Although the geographical distance is an obstacle, the recent decline in the number of tourists from the U.S. points to the security concerns, which can be overcome to a great extent, according to the report, with better publicity and necessary contacts. However, this will only be possible with a holistic country PR study.

Serious opportunities will arise for Turkey, especially in the field of spare parts. In this field, where Turkey is highly competent, exports to the U.S. are not at the desired level. Current exports are mostly focused on EU countries and the Middle East, which is partly due to the difference in vehicle models in the United States. However, in recent years, many Turkish companies are targeting the U.S. market and doubling their exports. Additional customs duties to China will facilitate Turkish companies' activities in this area.Aviation

A long-term research and development (R&D) and training policy is envisaged for the aviation industry. In the short term, this policy comes to the forefront with off-set agreements.

There is serious potential in the U.S. market for textiles and apparel. The fact that China will lose its competitiveness with customs duties implies a new share for many countries. It is difficult to compete with cost-effective countries such as Vietnam, Cambodia and Pakistan only on prices and costs. However, it is possible to get more shares from the U.S. market by succeeding over these countries with both design and quality competencies and social standards in production. For this, Turkish products come to the fore by focusing more on branding and promotion.

The market share that will be gained by China losing its competitive advantages will constitute a significant window of opportunity. Furthermore, better design, quality and promotion, as well as competition with European manufacturers, will be on the agenda.