Trump to slap new 10% tariff on China from Sept. 1 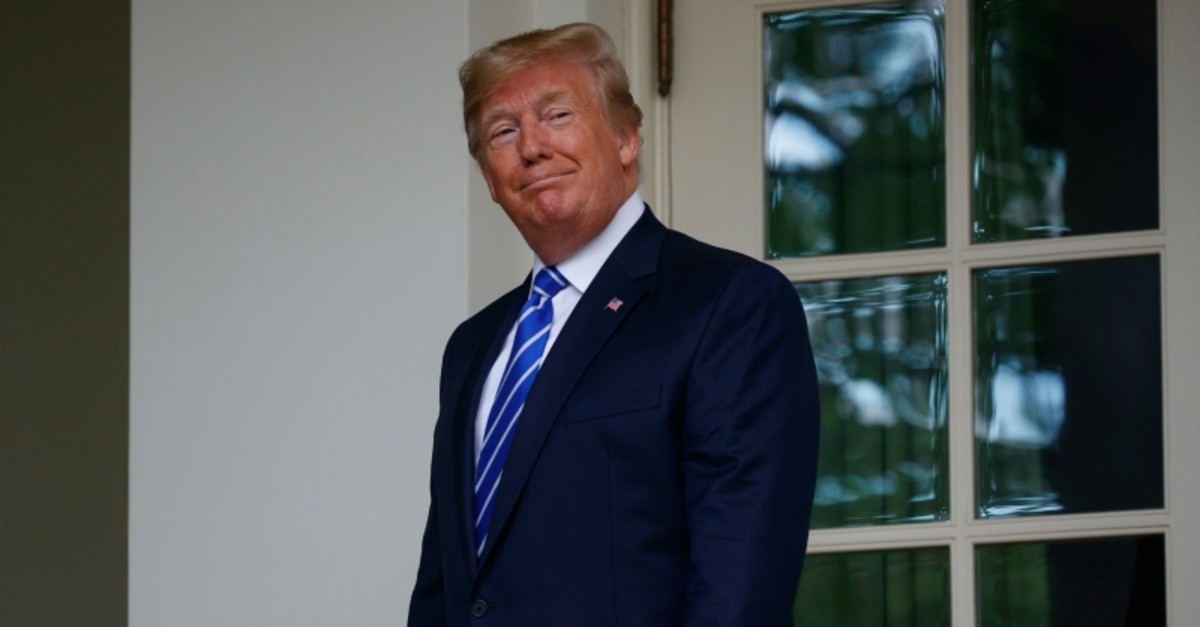 President Donald Trump walks into the Oval Office of the White House for a meeting with Mongolian President Khaltmaa Battulga, Wednesday, July 31, 2019, in Washington. (AP Photo)
by Compiled from Wire Services Aug 01, 2019 8:50 pm
U.S. President Donald Trump has announced that he will hike tariffs on some $300 billion-worth of Chinese goods to 10% starting on Sept. 1, escalating the trade war between the world's two biggest economies as recent negotiations faltered.

In announcing the new tariffs, Trump said China had pledged to increase purchases of U.S agricultural products, but did not, and also alleged Beijing reneged on a promise to stop the sale of Fentanyl to the U.S.

"We look forward to continuing our positive dialogue with China on a comprehensive Trade Deal, and feel that the future between our two countries will be a very bright one!" the president wrote on Twitter.

Stocks immediately tumbled on the news. The Dow Jones Industrial Average, which had been up nearly 300 points earlier, was down nearly 200 points soon after Trump's tweets.

The U.S. has already applied tariffs of 25% on $250 billion worth of goods from China. China retaliated with tariffs on $110 billion in American goods, including agricultural products, in a direct shot at Trump supporters in the U.S. farm belt.

Trump's threats come after a U.S. delegation returned to Washington from what the White House described as "constructive" trade talks. The negotiations were expected to resume in Washington in September, though exact dates were not announced.

The world's two biggest economies are locked in a trade war over U.S. allegations that Beijing uses predatory tactics — including stealing trade secrets and forcing foreign companies to hand over technology — in a drive to overtake American technological dominance.

Talks had broken down in May after the United States accused the Chinese of reneging on earlier commitments.