Inflation hits single digits for first time in over 2 years, drops to 9.26% 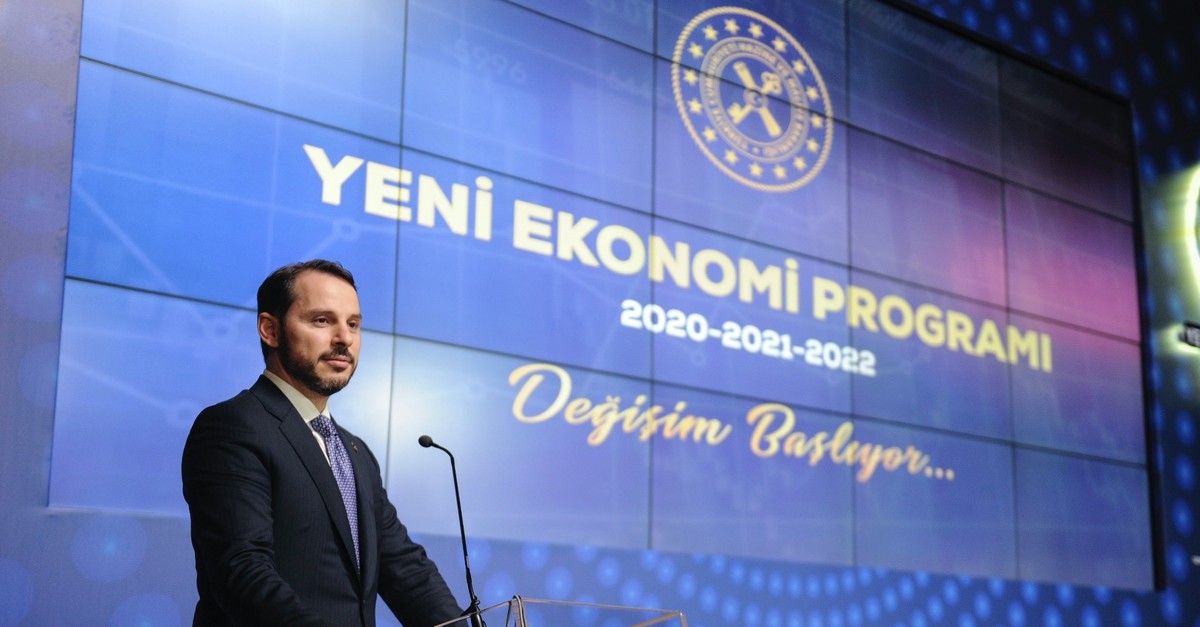 Treasury and Finance Minister Berat Albayrak said in line with the government targets, Turkey left behind a major stage in the fight against inflation.
by Daily Sabah Oct 04, 2019 12:16 am

The stable performance of the Turkish lira, falling prices and structural steps by the government have led to a sharp decrease in September inflation, hitting below 10% for the first time in 26 months

In line with market expectations, Turkish consumer prices slipped to 9.26% in September, compared to 24.52% in September 2018, according to the data from the Turkish Statistical Institute (TurkStat) released Thursday. The data revealed that inflation dropped to single digits for the first time since July 2017, when consumer prices came in at 9.79%. The steep decline in inflation, which had become a pressing issue for the Turkish economy in the last year, was the result of expanded efforts, a more stable lira, lowering demand and the fading effect of last year's price spike. Last month, annual inflation went down 5.75 percentage points from 15.01% in August.

Official figures also showed that the 12-month average hike in consumer prices was 18.27% as of this September. In his evaluation of the inflation data, Treasury and Finance Minister Berat Albayrak said in a televised interview the synchronized and coordinated steps taken over the last year and the implemented policies have resulted in the lowest consumer prices since 2017 and lowest producer prices since 2016. "As mentioned in the New Economic Program announced on Monday, we expect a 12% year-end inflation this year since the economic rebalancing period is advancing in a successful manner," Albayrak said. Under Turkey's New Economic Program (NEP), the country's inflation rate target is 12% this year, 8.5% next year and 6.0% in 2021. Over the last decade, annual inflation saw its lowest level at 3.99% in March 2011, while it peaked at 25.24% in October 2018.

At the end of July, the Central Bank of Turkey lowered the country's year-end inflation forecast from 14.6% to 13.9%, hovering between 11.5% and 16.3% through the end of 2019. The treasury and finance minister also stressed that the government has taken a great number of structural reforms throughout this year, particularly with regards to food inflation.

Therefore, he explained, the targeted inflation for next year will be achieved."We have set the inflation target for 2022 at 5% taking into consideration food prices, a pressing factor on inflation and sectors that negatively impact the current account balance," Albayrak said. "Therefore, the principle motto of the new economic program which we described as the transformation will begin as of 2020," he added.

TurkStat said the highest annual price increase was recorded in alcoholic beverages and tobacco with 43.86% in August. "Health with 15.41%, miscellaneous goods and services with 14.98%, hotels, cafes and restaurants with 14.87% and education with 14% were the other main groups where high annual increases [were] realized," it said.

Economists also forecast that Turkey's year-end annual inflation would be 12.99% on average – lowest at 9.8% and highest at 13.93%. In September, TurkStat said consumer prices rose 0.99% month-on-month. "The highest monthly increase was 2.15% in housing," it said, and added: "The highest monthly decrease was 0.60% in food and non-alcoholic beverages."

The sharp decline in the inflation rate in September has again raised the question for another round of rate cuts by the central bank at the next monetary policy committee meeting, scheduled to take place on Oct. 24 after the release of quarterly inflation report that will include the updated forecast. Timothy Ash, Senior Emerging Markets Sovereign Analyst at the London-based Bluebay Asset Management, said in a tweet it is hard for the Central Bank of the Republic of Turkey not to follow the downward inflation trend with further big rate cuts, referring to the 5% growth target in the New Economic Program. In its September meeting, the central bank cut the benchmark funding rate one-week repo by 3.25% to 16.50%. The 325 basis points rate cut followed another reduction in July by 425 basis points rate cut in the July meeting. Similar to the previous two decisions, policy makers may exceed the current market expectation by about half a percentage point, delivering a cut of 150 to 200 basis points this month, Bloomberg reported yesterday citing VTB Capital. "The positive inflation trend and supportive global interest-rate environment give the central bank further room to cut rates," said Akın Tüzün, an analyst at VTB Capital told Bloomberg. İş Yatırım Research Director Muammer Kömürcüoğlu also stressed his expectation for 12.5% inflation at the end of this year. "As much as the base effect has been instrumental in the downward in the inflationary data, the lowering consumer prices have provided a leeway for the central bank to reduce interest rates more," he said. In October's meeting, he added, the central bank is likely to cut rates by 100 to 150 basis points.