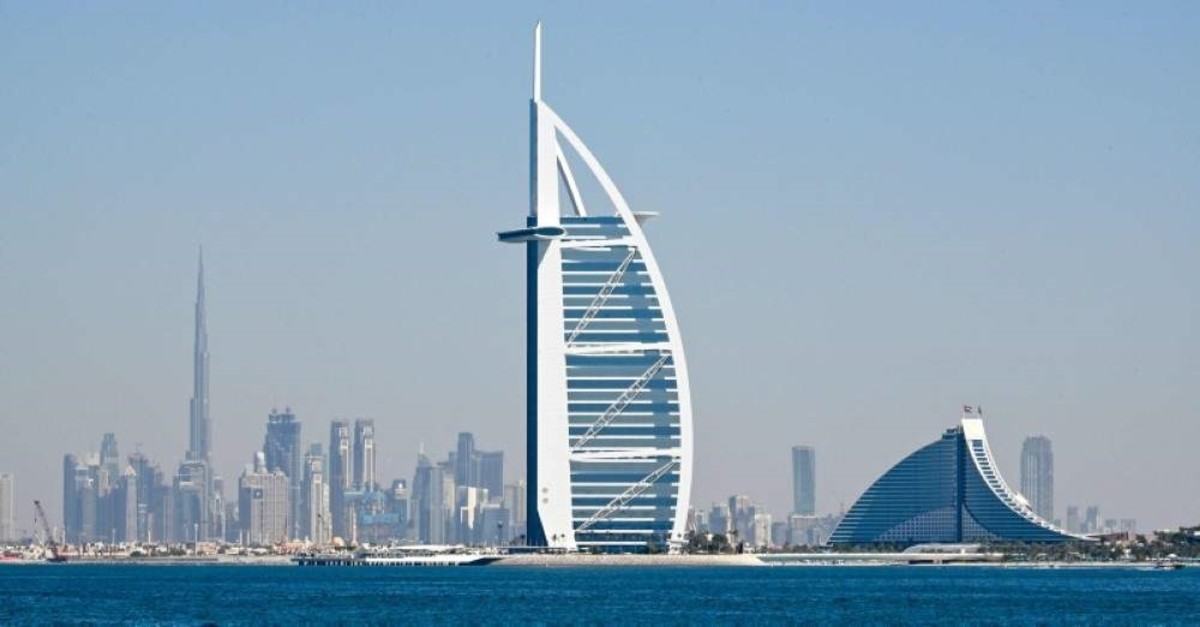 | AFP Photo
by Daily Sabah with AFP Dec 29, 2019 6:29 pm
Dubai unveiled a 2020 budget on Sunday projecting record spending of $18.1 billion, 17% more than this year's budget, as it seeks to revive its flagging economy.
The Gulf emirate expects revenues to rise sharply next year as it hosts Expo 2020, the global six-month trade fair set to open on Oct. 20.
However, it is still predicting a deficit of $700 million for the fourth year in a row.
The government is hoping that Expo 2020 will draw some 25 million visitors, many of them from abroad, and is projecting a 25% increase in revenues to $17.4 billion.
Dubai is the only government in the Gulf not dependent on hydrocarbon revenues and projects that around 94% of the income will come from non-oil sources. Though, its direct reliance on oil through regional investments poses a risk as stagnant oil prices appear to remain a long-term trend.
Dubai is renowned for its skyscrapers, like the world's tallest building Burj Khalifa, but its key property sector has been sliding since 2014.
Last year, growth slowed to 1.94%, less half the 2017 figure and the worst in a decade.
It picked up slightly to 2.1% in the first half of this year, but the government is keen to do more to stimulate consumer spending and the real estate market.
Last Update: Dec 29, 2019 10:19 pm
RELATED TOPICS