EU-Turkey deal an opportunity and a test 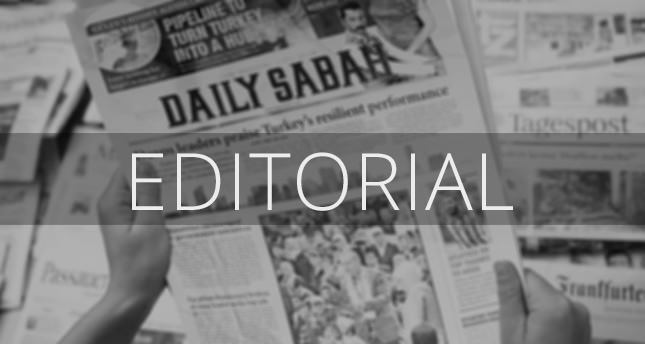 by The Editorial Board Dec 01, 2015 12:00 am
A Turkish delegation headed by Prime Minister Ahmet Davutoğlu met with EU leaders at a summit in Brussels on Nov. 29. In the joint communique released after the summit, the two sides agreed to hold a Turkey-EU summit twice a year.

According to the agreement between the EU and Turkey, the European Commission formulated a policy on migrants and pledged to transfer 3 billion euros to fund the refugees. Turkey is currently hosting more than 2.2 million refugees from Syria and Iraq and has spent 8 billion euros for their upkeep. In terms of sharing the burden, cooperation between Turkey and the EU is a must.

Turkey's EU membership negotiations, which began in 2005, had come to a standstill because of the openly bellicose attitude displayed by certain member countries. The recent talks have provided a new avenue of cooperation between the two sides. The biannual summits will provide a new dynamism to the bilateral ties. German Chancellor Angela Merkel, who took a leading role in fostering a fresh start, chose to handle the matter through an alternative mode of action, which alone shows how bankrupt the current intra-EU policy making mechanism is.

Creation of a new joint initiative to address the growing refugee problem through direct support, cooperative projects and investment in the human resource potential of Syrians is crucial to alleviate the huge burden Turkey currently shoulders alone. This initiative will allow to transform the current refugee problem into an opportunity to develop human and capital investments. Turkey will no longer be a station or a buffer zone but a conduit for a solution as part of the European community of nations.

It should also be noted that the EU, which preferred to ignore the refugee crisis until is spread within its borders, is not investing in Turkey but in the future of these refugees. While Daily Sabah sees Sunday's agreement as an encouraging development, no one can deny that it has come a little late.

It is also crucial to ensure that measures agreed are both sustainable and effective, considering the fact that the current Russian and DAESH policies in Syria risk new refugee flows. Agreed measures aim at tackling the consequences of the Syrian crisis but a comprehensive solution necessitates the establishment of a safe zone within Syria as per Turkey's proposals and ensuring an end to attacks by Russia and the Assad regime it supports. The long-term objective still needs to be a political solution and the formation of a government that represents all of the communities within Syria.

The new era ushered by the Turkey-EU agreement and the joint projects initiated by the two parties will also play a significant part in the improvement of bilateral ties. Any failure to transfer the needed funds in a timely manner or any breakdown in the projects jointly launched will create a huge crisis of trust among Turkish nationals toward the EU. For some time, the Turkish electorate has been displaying an obvious indifference toward the EU and has no patience for any hypocrisy. If it perceives any deceitfulness from the EU's leadership, it could pressure the Turkish government to allow refugees free passage to Europe. The agreement should be seen as a huge opportunity and a test for both Turkey and the EU.
RELATED TOPICS