Israel and Turkey can make lasting progress, but Palestine is key 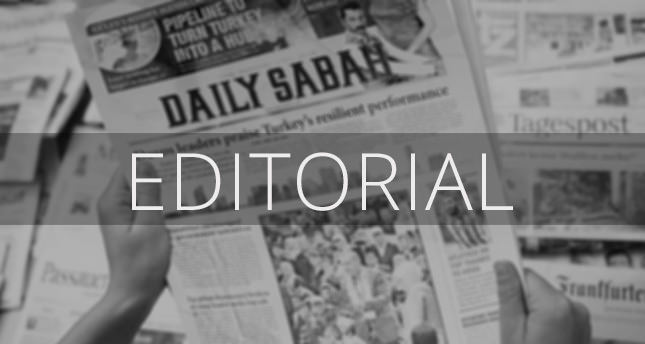 by The Editorial Board Dec 22, 2015 12:00 am
Diplomatic relations between Turkey and Israel began in 1948, when the Turkey became one of the first countries to recognize the latter. However, since then, bilateral ties, which were based on mutual interest, have become the victim of Israeli policies that continuously threaten peace and stability in the region.

The diplomatic relationship, which experienced a golden age in the 1990s, entered a turbulent phase at the beginning of the new millennium. The attack on the Mavi Marmara and the killing of 10 Turkish peace activists, including a dual U.S.-Turkish citizen, sounded the death knell of the already frayed ties.

Both the Turkish public and the state are very sensitive toward the plight of the Palestinian people. Strong historical, economic and cultural links between Turkey and Israel failed to prevent the decline in ties.

With the signing of the Oslo Accords in the mid-1990s, everyone hoped the Palestinian problem had entered a virtuous cycle that would lead to an eventual solution. However, the failure to reach a mutually acceptable agreement sparked the Second Intifada in 2000, followed by cyclical and deadly Israeli incursions into the Gaza Strip throughout the last decade. Turkey's efforts to broker peace agreements between Israel and its regional antagonists and facilitate an end to the festering Palestinian issue became the victims of the whims and appetites of Israeli politicians.

Developments since the advent of the Arab Spring, wars in Iraq and Syria and outside powers intervening in the region as per their own interests have created an opportunity for the two countries to deepen ties based on mutual interests. Any strengthening in ties should be perceived as a consequence of the general deterioration of the state structure in the region. We, as Daily Sabah, hope that an increase in regional tension and the spread of Russian and Iranian influence will allow Israel to drop its bellicose attitude and follow more rational policies.

While pleased with the new thawing in bilateral ties, which are based on the merging of national interests, we are of the opinion that the Israeli government should see this as a once in a decade opportunity. Strengthening its relations with Turkey is the best way to end its regional isolation, halt its growing estrangement from the global community and stand up against Iran. The normalization of ties with Turkey, which has become the center of gravity in the region, will also provide Israel the opportunity to cultivate an improved regional standing. However, the key stumbling block to any future progress remains, for both Turkey and other regional actors, the fate of the Palestinian people. An Israel that continues to besiege the Gaza Strip and commit a range of rights abuses is destined to remain isolated in the region and faces the risk of being treated as a pariah by the rest of the world.

The satisfaction of all three preconditions set by the Turkish government is crucial to securing the public's support for a stable and sustainable relationship between Israel and Turkey. Israel has already apologized for the Mavi Marmara attack. We believe compensating the victims of the attack for what they suffered will not pose a significant obstacle. However, the two governments seem to have left the fulfillment of the last and most crucial precondition, the lifting of the blockade on the Gaza Strip, a bit blurry. Any steps taken to improve ties are significant as long as it supports efforts to resolve the Palestinian issue. There can be no doubt that as long as the current Israeli policy toward Gaza remains, the Turkish public will be wholly opposed to any sort of rapprochement.

Significant progress toward a two-state solution, coupled with an end to the flagrant and repeated violation of the sanctity of the Al-Aqsa Compound, will not only provide a serious boost in ties but also transform Israel into a fully accepted and respected member of the international community. Such steps will also allow all responsible sides in the region to focus on building peace and stability in the region.

We, as Daily Sabah, are concerned over the possibility that any agreement, with murky articles, will allow the Israelis to perform a diplomatic trick in order not to lift the blockade in its entirety. The Turkish public demands an unconditional and unrestricted end to the blockade. Israel needs to demonstrate to the Turkish public that it sincerely desires a return to warm ties. The Israeli government, which has failed to adhere to many international norms and rules that demonstrate a country's existence as a modern state, should ensure it exudes a sense of trust during the coming normalization process and take concrete steps to improve the lives of Palestinians.
Last Update: Dec 22, 2015 4:33 pm
RELATED TOPICS