Turkish public asks U.S. for evidence it's not behind the coup 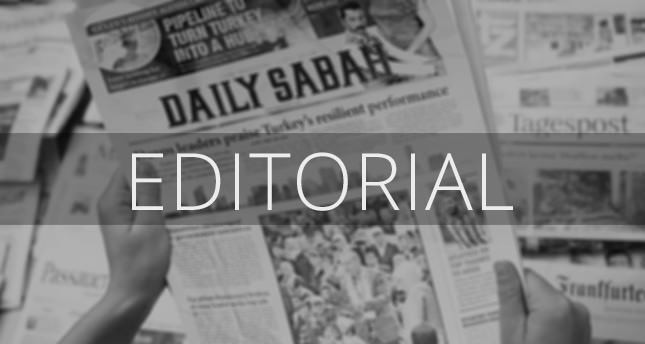 by The Editorial Board Jul 28, 2016 12:00 am
As it often happens, U.S. media and officials chose to stand against the Turkish people rather than beside it after the bloody coup attempt on July 15.

Even before journalists or nongovernmental organizations in Turkey knew what was happening, U.S. media, with evident disappointment that the coup had failed, initiated a debate on authoritarianism and systemic faults in Turkey. Remarks by officials from the U.S. administration were suspiciously neutral in regards to who they wanted to emerge as the victor from the democracy versus coup fight. These remarks created a sound basis to public suspicions that the U.S. had supported this attack on democracy. The two countries have historical and strategic ties that are crucial for the entire region. Ankara and Washington, D.C. cooperate on a range of security issues of national importance for both countries. We are side by side in the fight against DAESH.

The cooperation between the two allies should not be restricted to issues important for international security. Any alliance between the two countries directly links the two peoples. The decisions of these people have an immediate consequence on bilateral ties. The Turkish people demand to see Turkey's ally U.S. stand shoulder to shoulder at a time when there is a threat to their government and democratic rights. It expects the U.S., both the government and the media, to come to its defense when it sees Turkey's security in danger.

So, what does our strategic ally do?

As our Parliament and Presidential Compound in Ankara were being bombed and our president's hotel was raided, U.S. media deems it appropriate to debate Turkey's systemic problems. As military jets flew low over Istanbul and capital Ankara, strafing civilians, the same media organs reported blatant lies about President Recep Tayyip Erdoğan seeking asylum in Germany. As our TV studios were being raided by coup soldiers and an anchor was forced by the coup perpetrators to read a statement, news on the coup attempt in U.S. media were reported as though the attempt had already succeeded, ignoring the tens of thousands of civilians flooding the streets. As ordinary civilians risked their lives by confronting tanks, Western media was doing a disservice to both its audience and the heroic Turkish people.

While the Turkish people emerged victorious from the fight against Gülenist coup plotters, anyone reading Western newspapers would be under the impression that it was them and not the bloodthirsty putschists responsible for the more than 200 lives lost.

Turkish politics showed its democratic maturity in the coup's aftermath, with the government and the opposition united in their condemnation for any attempt to trample the people's will. There were no party affiliations on the night of July 15. There were only freedom-loving Turkish citizens fighting against a threat to take away their democratic rights. Meanwhile in the U.S., the media is trying to portray this as a clash between President Recep Tayyip Erdoğan and Gülenist Terror Organization (FETÖ) leader Fethullah Gülen, who ordinary Americans would be justified to believe was an elected representative rather than the head of a criminal cult. Gülen and his criminal network are not what the Americans believe they are. Their local influence is exaggerated. The Turkish nation does not want their democratically elected leaders to be toppled through criminal means.

Turkey and the entire nation are very disappointed with its ally's response to the July 15 coup attempt. There is widespread belief that the U.S. is at it again and is behind this plot, similar to the implicit support it gave to the 1980 coup. Public trust toward Western alliances is harmed. The U.S.'s stance toward Turkey is and should be observed with consternation by its allies.

So, what can be done?

To address this crisis of trust, the U.S should end its victim-blaming policy, unreservedly condemn the coup, say and demonstrate that it is on the side of democracy and try to win back the trust of the Turkish people and respect their free will.

Otherwise, the current and future Turkish governments will be hard pressed to explain the worth of maintaining the country's alliance with the U.S. and NATO.
RELATED TOPICS