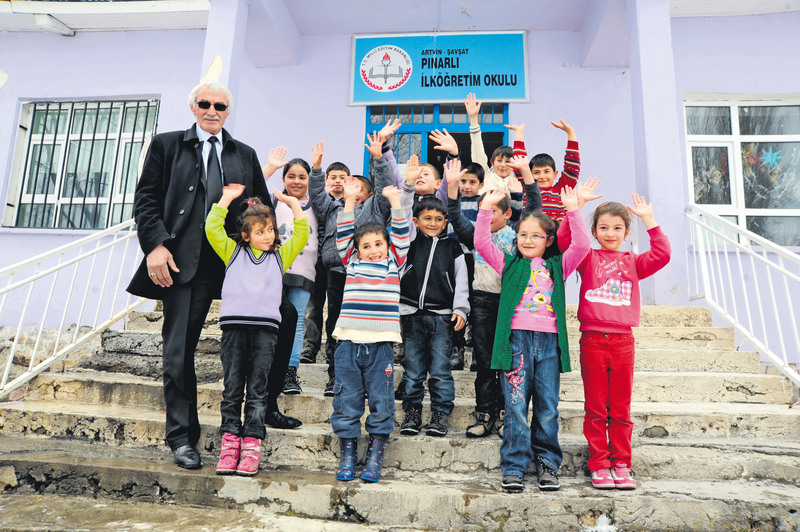 by Anadolu Agency Mar 03, 2015 12:00 am
A decade after the launch of the Give Birth to Prevent the Closure of Schools campaign, the village of Pınarlı in the Black Sea province of Artvin has succeeded in filling up a school.

The village head of Pınarlı, Cahit Durak, initiated the campaign in 2005 after three primary schools in the village were closed and the fourth faced closure due to lack of students. With 14 of the 17 children reaching school age this year, Durak achieved his objective.

Durak said during the five-year campaign he gave every mother who gave birth a gold coin –Republican gold coins are currently worth TL 650 TL ($250).

Durak said: "Many people moved to the cities to make a living. Thirty years ago we had 600 pupils. But over the years with urban migration, three schools were shut down due to a lack of students. I initiated the campaign to save the fourth."

He thanked the women of the village for their support, saying that now there were 10 kindergarten and 20 primary school students in the village. "A village without a school is like a hive without bees. In order to reverse urban migration, schools need to be kept open," he said. He also called on all villagers to send their children to school, especially girls.

Saime Kumaş said she fully supported the campaign, adding: "I had five children before the start of the campaign. I gave birth to two more to support it and was given two gold coins. One of my children who was born after 2005 is now starting primary school. The other will begin kindergarten next year."
Last Update: Mar 04, 2015 12:04 am
RELATED TOPICS