Turkey to grant $746 to students ranking among 5,000 in university entrance exam 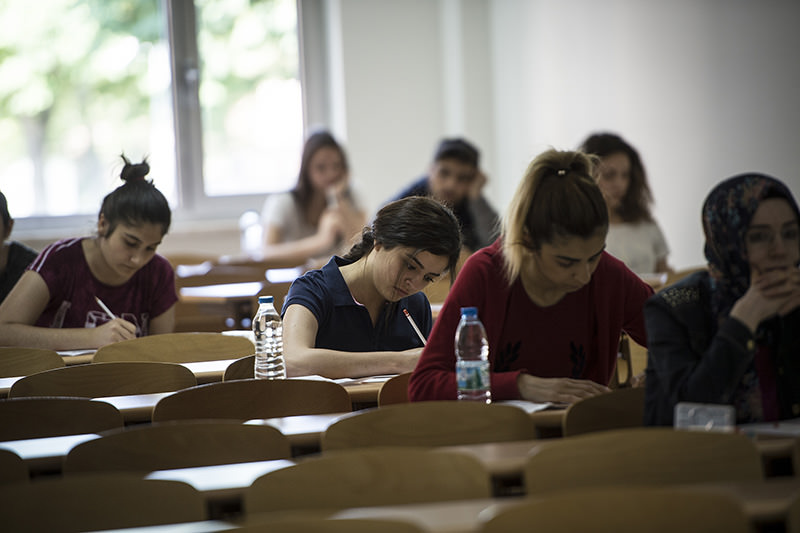 Students taking the Turkish language-geography session of the university entrance exam, LYS-3 (AA Photo)
by Daily Sabah Jun 24, 2015 12:00 am
Turkish students ranking among the top 5,000 in the undergraduate placement examination will get a monthly payment of 2,000 TL ($746) if they choose to study basic sciences at the university. For those students who came in 5,000-10,000th, a monthly payment of 1,500 TL ($560) will be provided. The announcements were made on Wednesday by the minister of science, industry and technology, Fikri Işık.

The Higher Education Examination ("Yükseköğretime Geçis Sınavı-Lisans Yerleştirme Sınavı" in Turkish) is a standardized test for the admission to higher education in Turkey administered by ÖSYM. Within the Turkish education system, the only way to enter a university is through this exam. About two millions high school graduates took the exam this year.

The second and the last round of the exam took place in June, with the some of the students going in for last session of the exam over the last weekend. Students are now impatiently waiting for the results.

Underlined the fact that basic sciences such as physics, chemistry, and biology have been fundamental stones of the civilization for centuries, the minister, Işık, said, the importance of these sciences were already stated in the Scientific and Technological Research Council of Turkey (TÜBİTAK)'s 2003-2023 report.

Işık said, for Turkey to decrease its technology-dependence on abroad, the country has to improve its basic sciences along with applied sciences. Indicating that many students did not choose basic sciences for their studies, the minister said, this point would be one of the most important handicaps of Turkey in the future. He therefore called out to the students, saying, "Pursue basic sciences, we'll grant you a scholarship in the amount of civil servant salaries."