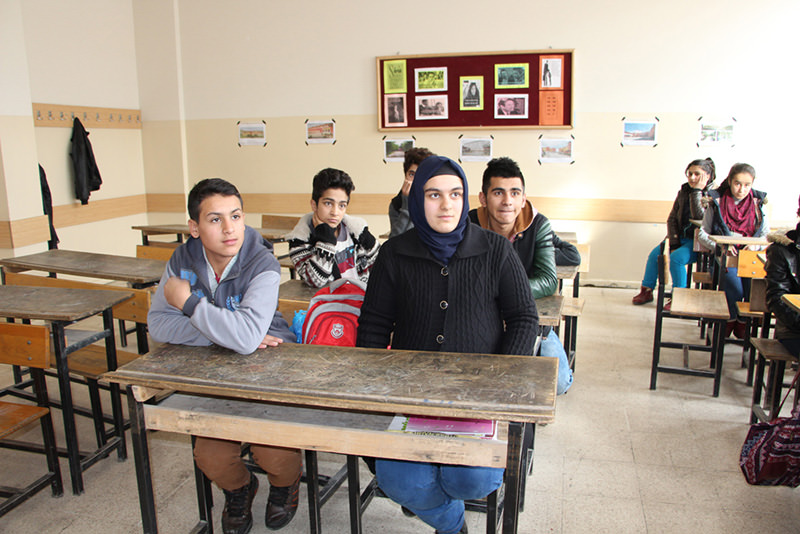 by Daily Sabah with Agencies Jan 20, 2016 12:00 am
Sidem Gül, a 14-year-old student from the southeastern district of Şemdinli whose school was burned down twice by the PKK terror organization, managed to score the highest points in a high school entrance exam conducted nationwide.

Gül, a construction worker's daughter, answered all 120 questions correctly and scored the highest possible points in the TEOG exam and became the pride of the district, which often makes the headlines with terror and poverty related news.

Gül was invited to the district governor's office and was given gifts by district officials for her great success.

"I would like to thank my friends and school manager for their support. As you can see, living conditions are not bright here. But I am really happy for achieving this success despite these conditions and for not letting my family down," Gül said, adding that she wants to become a doctor in the future.

Gül was attending the Atatürk Secondary School in Altınsu village of the district, which was attacked twice by PKK terrorists with Molotov cocktails in 2012. The computer laboratory, conference hall, kindergarten and teacher's lounge of the school was set on fire and became completely useless. A campaign was launched in 2012 and TL 20,000 was collected to repair the school.
Last Update: Jan 20, 2016 7:03 pm
RELATED TOPICS